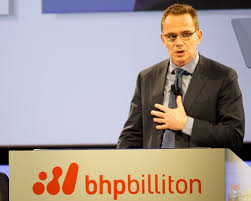 Australia-based Billiton Ltd, the largest mining company in the world, says it is still very interested in building the world’s biggest potash mine despite the dire situation in the fertilizer market. Andrew Mackenzie, Billiton’s CEO, said that the company did not expect the crop nutrient market to make a serious progress until the early 2020s, so they will take time to develop the project. “It’s a long way off,” Mr Mackenzie stressed.

BHP Billiton is currently about to invest US$2.6-billion in building production shafts at its Jansen project in Saskatchewan. The company aims to produce 8 million tons of potash annually at Jansen, which would account for almost 15 percent of global supply. However, it will be very costly to actually bring the project to production, which makes many industry observers sceptical whether BHP’s board will approve Jansen soon or whether it will approve it all. Most analysts think it makes no sense to give the project a green light at current prices.

The company’s chief executive further said that BHP is moving at a “relatively slow rate” at Jansen and it is not likely that the project will be ready for a push to production until there is a substantial recovery in the potash market. Given that the company does not see that happening until the 2020s, production remains a few years away. In December last year, shaft sinking was 54 percent complete. Joel Jackson of BMO Capital Markets commented that “shaft sinking at the project continues, though BHP seems to continue the go-slow track at Jansen it has been on for years”.

Although the Jansen project is currently not a priority for the company, BHP said it remained committed to the project. The company said that it still believed in the long-term outlook for potash, it likes the resource at Jansen and it sees a lot of opportunities to expand production over time.