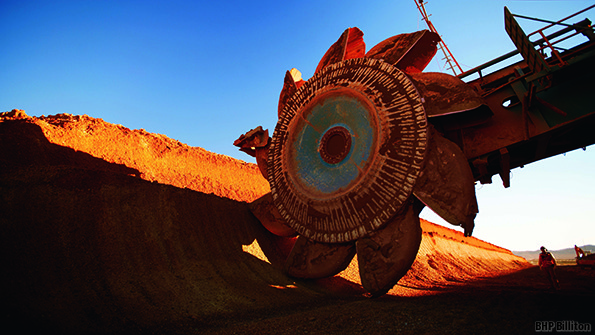 BHP Billiton, a leading global resource company, is about to unwind the ‘rest’ of its 2001 merger with South Africa’s Billiton, packing the remaining assets into a new firm to be handed to shareholders so it can concentrate on its core business. BHP Billiton, being the world’s biggest miner, is expected to soon announce a spin-off of its unattractive smaller assets that might cost between 12 and 23 billion USD depending on their contents. The 2001 giant merger combined a variety of BHP’s resources such as iron ore, petroleum businesses, coal, and copper with Billiton’s nickel, titanium, manganese, and coal.

Darko Kuzmanovic of Caledonia Investments commented that “at that point in time there was this focus on getting bigger and more important. There was a strategic element to it – becoming more diverse, more international”, adding that “in hindsight, those (Billiton) assets just didn’t have either the scale to be more important in the portfolio, or in those particular industries – the commodity prices were under pressure.” BHP Billiton is widely expected to report a 22 percent increase in annual attributable profit to $14.1 billion today (19 August). Following two years of austerity after commodity prices have calmed down, BHP could potentially return more than 8 billion USD to shareholders over next two years. BHP announced last week that the plans to disintegrate the company were still under discussion. Any possible split would make only a dent in its 189 billion USD market capitalization and the three main firms accounting for less than 1 percent would be likely excluded.