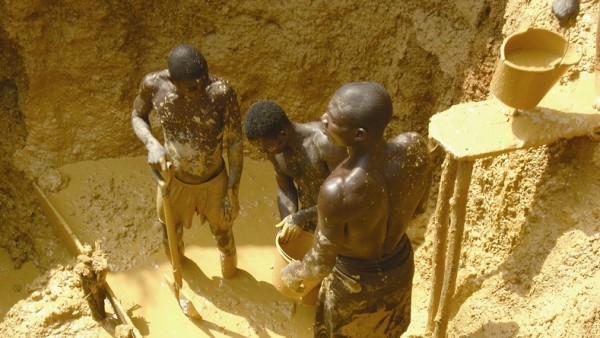 The government of Ghana is about to pass a new law that would regulate the mining sector, which could help curb and eventually get rid of illegal mining in the country. The revised Minerals and Mining Act will empower judges to have equipment confiscated if illicit mining is proven. Currently, the government is not able to restraint such activities due to a lack of supporting legislation. Ghana Chamber of Mines said that an inter-ministerial taskforce charged with eliminating mining activities by Ghanaians and other foreign citizens was successful in taking away some equipment from problematic miners. Yet, the state itself was not able to hold on to the equipments or seize them because of unsupportive legislation. Sulemana Koney, CEO of the chamber, warned that Ghana would be making a terrible mistake if illegal mining was not abolished. Illicit mining, often coined as “galamsey” by Ghanaians, remains to be a serious problem in eastern parts of the country and in the Ashanti as these are Ghana’s most mineral-rich regions.

In addition to financial losses, poor security standards at illegal mines threat and eventually claim lives of many illegal miners as well as pollute water bodies and destabilize the surrounding ecosystem. A-ROCHA, Ghana’s non-profit organization, claims that illicit mining is responsible for the loss of two percent of forests every year. The mining sector in Ghana accounts for about 5 percent of the country’s gross domestic product with minerals accounting for 37 percent of total exports. 90 percent of the mineral exports is gold, whereby Ghana is Africa’s second-largest producer of the precious metal. 23 large-scale companies operate in the country, producing not only gold and other precious metals but also bauxite, manganese, and diamonds. There are also more than 300 registered small mining groups and 90 mine support service enterprises. At one point, there were reportedly about 50,000 illegal foreign miners working in the country, most of them being Chinese.