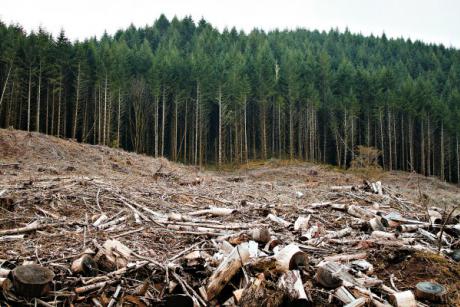 Biomass has been an increasingly prominent topic on the EU’s political agenda as the block’s current energy strategy emphasizes securing indigenous sources of power that can help it reduce import demand. However, as a new report published by the Vienna University has concluded, a planned doubling in Europe’s use of crops and wood for transport, fuel and heating by 2030 will leave land footprint totaling a 70.2 million hectares, which is approximately the combined size of Sweden and Poland. The EU aims to source 20 percent of its power mix to renewables by 2020 while 10 percent of its transport fuel should come mostly from biofuels, although EU states still need to decide on rules to account for the indirect effect this could have on land use. The new report also argues that a dramatic intensification of competition for global land would follow because “there are currently no adequate and verifiable sustainability safeguards in place to guarantee the prevention of further ecosystem degradation from EU bioenergy consumption.”
Bioenergy, which currently provides around 10 percent of global energy supply, is the largest renewable fuel globally – this is despite mounting concerns that biomass coming from non-Kyoto Protocol countries such as the US may involve deforestation and other unsustainable practices. For example, as The Wall Street Journal reported last year, unpermitted logging in US forests taking place for use as European biomass is effectively a practice that would be considered illegal in the EU itself. Other reports point to bioenergy as being particularly popular with coal-fired power plant operators in some European countries, particularly because of the relative ease of fuel-supply conversion. Widely seen as a response to the still simmering crisis in Ukraine, Jasmin Battista, a member of EU Energy Commissioner’s cabinet confirmed recently that planned sustainability criteria for bioenergy would not be implemented before 2020. While biomass-producing states such as Finland and Sweden have reportedly voiced strong opposition to robust carbon accounting rules, Poland has been known for vigorously pushing for increased use of coal within the EU.