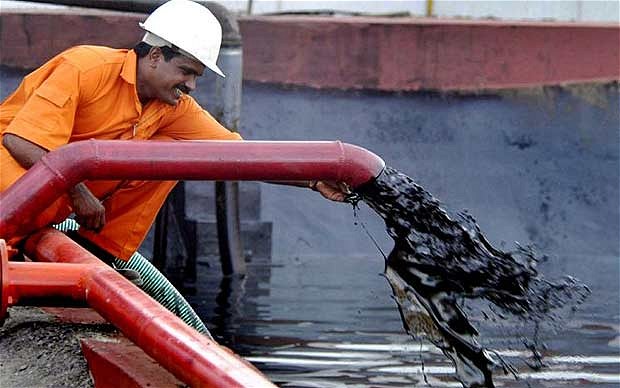 India’s biggest energy explorer, Oil & Natural Gas Corporation (ONGC), reported its most significant rise in profit in seven quarters after write-downs from dry wells decreased. A lower rupee managed to counter discounts on the sales of crude oil, and thus significantly contributed to the profitable beginning of this year. Net income in the first quarter went up by 44 percent to almost 49 billion rupees (approximately 829 million USD) or 5.71 rupees a share, compared with nearly 34 billion rupees, or 3.96 rupees a year before. The ONGC provides state-run refines with discounts that are eroding its stock of cash while concurrently jeopardizing its 11 trillion-rupee spending plan on oil fields as well as overseas mergers and acquisitions by 2030. The company has also the mandate of India’s federal government to offset the Indian Oil Corporation (IOCL) and other refiners owned by the state, which sell fuel below cost to help deal with inflation in the country.
The depreciation of the rupee along with lower write-downs from the drilling of unsuccessful exploration wells contributed to a steep rise in profit, ONGC’s director of finance, A.K.Banerjee, announced recently. The company wrote off about 19 billion rupees during the period for dry wells, which is less by half compared to previous year. ONGC’s shares declined by 2.6 percent to 374.15 rupees in Mumbai on Wednesday (May 28). The stock itself increased by 30 percent in 2014 compared with 14-percent gain in the benchmark S&P BSE Sensex Index. The development of the exchange rate of rupee is fairly important for the ONGC as it bills its customers in dollars and sells price increase when the money is converted into rupees. The value of Indian currency has increased by 1.5 percent since the beginning of this quarter and, as Dhaval Joshi of Emkay Global Financial Services put it, “it is the rupee that is supporting earnings”.