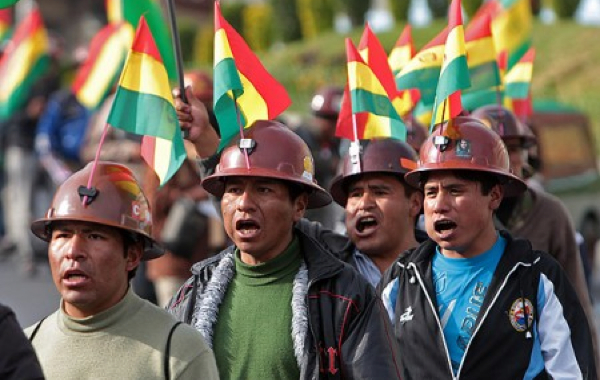 A new controversial mining law, which has been approved lately in Bolvia, bans partnership between local cooperatives and international corporations.
Bolivians officials say that amendment has been made in line with the 2009 constitution. It prohibits partnership with private companies, whether domestic or foreign. It also bans private firms from registering minerals as property or include them as assets in stock market filings.
Under the revised regulations, all pre-existing contracts will be respected, though concessions will be limited to 62,000 hectares. The contracts which are not in harmony with the new law will be renegotiated over 12 to 18 months.
The mining sector in this Latin American country was nationalized after the 1952 national revolution. A sharp fall in commodity prices in the 1980s had led to a shutdown of the government mines and a massive layoff of 25,000 miners.
The industry was privatized in 1990s under neoliberal structural adjustment policies that ended up destroying miners’ revolutionary trade union movement, one of the toughest in Latin America.
Bolivian mining cooperatives account for about 35 pc of the country’s mining output. They are tax-exempt organizations and pay royalties at lower rates than mining companies.
When he took power in 2006, Bolovian president Evo Morales increased mining taxes and nationalized the country’s key natural gas industry as well as the telecom and electricity sectors.