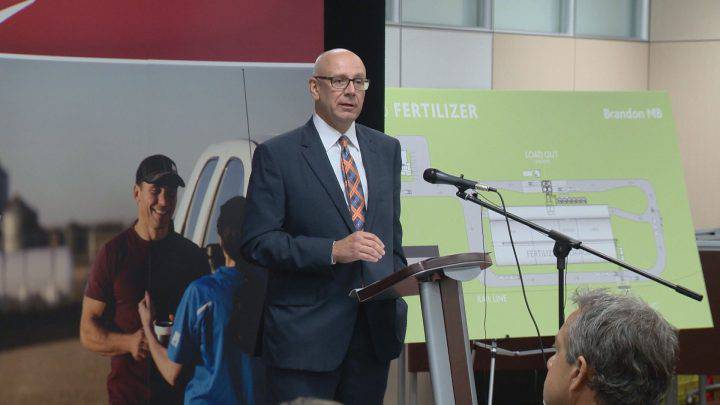 Federated Co-operatives Limited (FCL) announced that it would invest $75 million in two state-of-the-art fertilizer terminals slated for Saskatchewan and Manitoba. FCL is thus adding construction on the two terminals that have already started close to Hanley, Sask., and Brandon, Man. The company said the terminals are expected to be finalized by 2017 and their operations will include storage, blending, and distribution of a range of crop nutrition products. The terminal just outside of Hanley will store about 45,000 metric tons of fertilizer, while the Brandon terminal will store more than 27,000 tons.

“Investments like this are driving our province’s growth and building on the strong agricultural foundation Saskatchewan is known for,” Saskatchewan Agriculture Minister Lyle Stewart said in an official statement. “Our province is a key supplier of agricultural products for Canada and the world and there’s a need for continued innovation and investment to help our producers meet this growing demand,” he added.

Both terminals will be able to efficiently receive product from domestic and international suppliers thanks to rail access, as each high-throughput terminal is centrally located for distribution to Co-op Agro Centers across Western Canada. Moreover, both facilities will be able to load a super B trailer of blended fertilizer in 10 minutes and dispense up to 400 metric tons of straight fertilizer in an hour.