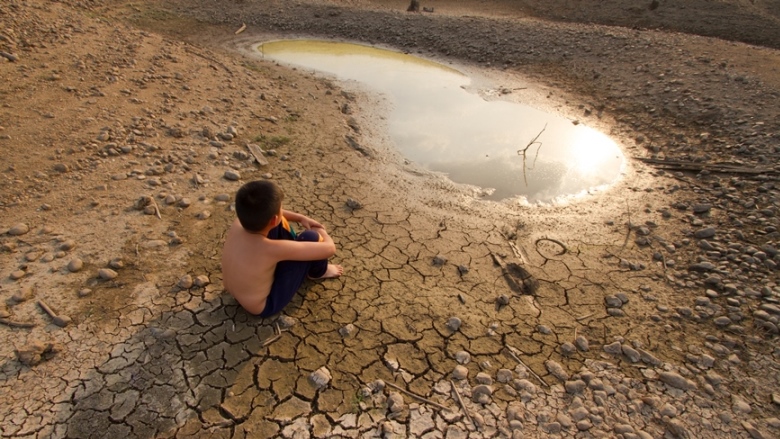 Since the 1980s, scientific research has shown the extent of the climate change and emphasized that the changes anticipated will have major impacts on all the world’s regions and, in the long run, on all sectors, peoples, and institutions. Through the interaction with other megatrends and changes, climate change is poised to have an especially major effect on the region of the Middle East and North Africa (MENA). The MENA will be one of the most severely affected by the ongoing climate changes – it will be hit by increased average temperatures, less and more erratic precipitation, changing patterns of rainfall, continuing sea-level rise and changes in water supply.

All this will happen in a region that is already challenged by aridity, recurrent droughts and water scarcity. Climate change in the MENA region is likely to have vast effects on water resources, sea level, human health, land use, urban planning and food product – all of which will require a solid dose of good governance. The quintessential challenge for the region will be water management. Water resources in the MENA are already vanishing and water scarcity is already critical in a number of areas before it reaches severe levels within the MENA region. Some scientists even predict that the Fertile Crescent from Iraq to Syria, Lebanon and Jordan, might lose all qualities of fertility before the end of the century due to deteriorating water supply.

On top of this, the popular construction of dams and high rates of human water consumption are contributing to making this problem even more acute. Moreover, the regional economic activities, construction and agriculture are often located in coastal areas, thus contributing to sea level rise – another water problem in the MENA. Climate change will also have an impact on biodiversity. A 2°C rise in temperature will make extinct up to 40 percent of all existing species since the MENA region has many unique ecosystems that are very vulnerable to climate change risk such as the mangroves in Qatar, the reed marshes of Iraq or the high mountain ranges of Yemen and Oman.

Human health will likewise be negatively affected. Increasing temperatures will change the geographical distribution of disease vectors such as mosquitoes, waterborne pathogens, affecting water quality, air quality and food availability. It is likely that the causes of many infectious diseases will increase as well, mainly in Sudan, Egypt and Morocco. Malaria, which already affects about 3 million people annually in the region, will become more prevalent, as it will spread to new territories. Moreover, higher CO2 concentrations and fiercer sandstorms will also increase allergic reactions and pulmonary diseases throughout the MENA. Directly related to human health is also food production, which will increasingly be threatened due to aridity and changes in the spans of seasons.

So far, there has not been much effort to prepare the MENA countries for these upcoming climate changes challenges. No systematic data gathering and research have been done and there are no reliable records of climate patterns in the region. The economic impact seems to have been completely ignored and the policy making throughout the region has shown major deficiencies. Many arenas of governance such as sustainable management of natural resources will have to be created as soon as possible in order to protect the MENA from the vulnerabilities created by climate change.