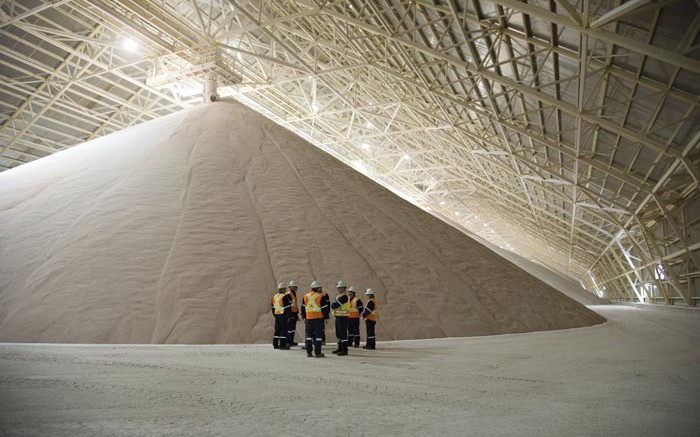 Canada’s Potash Corp. of Saskatchewan reported bigger-than-expected revenue thanks to higher sales of potash at higher prices compared with a year earlier, making a slow recovery in the right market. Potash prices have gone up a bit since 2016 but still remain low and pressured by the global oversupply and soft crop prices.

The Saskatoon, Saskatchewan-based fertilizer producer’s revenue went up by 6.4 percent to $1.1 billion, thus surpassing the previous estimate of $1.09 billion. Other than that, Potash Corp’s results were mostly consistent with expectations but the company’s second-half-year prospects might not be boosted by improving potash market conditions disappointing some investors.

Global potash demand has been robust since January, helped by low prices and offshore sales by Canpotex Ltd, the export company owned by Mosaic Co., Agrium Inc. Potash. Canpotex signed supply deals in July with Chinese customers at a higher price. The company said potash sales went up by 11 percent to 2.4 million tons in the second quarter. The average price for the crop nutrient rose to $174 per ton from $154 per ton a year ago. Potash Corp. is also reducing its costs selling potash as it has increased production at its expanded lowest-cost mine at Rocanville, Saskatchewan.

Potash Corp. said it is planning to finalize its merger with competitor Agrium late this year. The agreement, which still requires the approval of American and Canadian regulators, would merge Potash Corp’s fertilizer capacity, the largest in the world, with Agrium’s farm retail network, the biggest in North America. The new corporate giant would be called Nutrien.