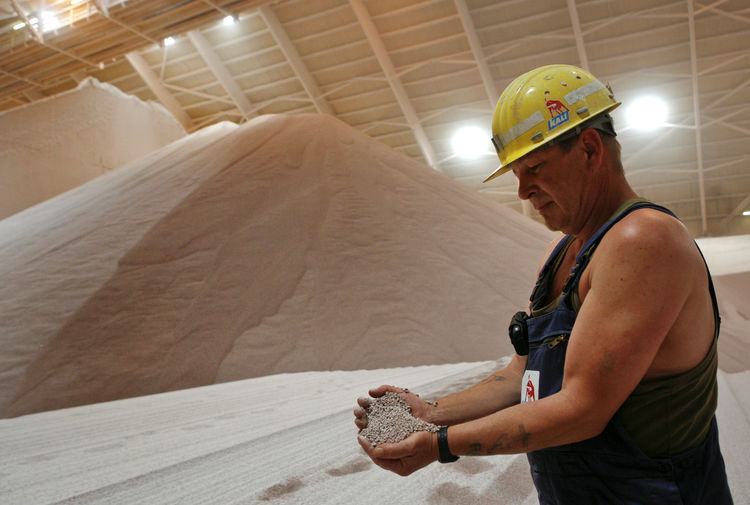 Canada’s potash producers are facing a challenging year with important talks with Chinese customers still ahead of them. As potash is not traded on public exchanges, annual agreements struck with large Chinese buyers serve as an important industry benchmark, especially given the fact that the Asian giant accounts for slightly less than 25 percent of the world’s potash demand. Further complicating the whole picture is that fact that potash prices are still depressed and poised to fall even further.

While potash deals with China are normally settled already in January every year, this year’s negotiations have been taking too long due to favorable conditions on the demand side. Given low prices, China is not thought to be asking for a potash price below US$200 a ton, far below last year’s US$315 a ton. The bargain-basement bid “reflects a hardening negotiating stance and likely indicates continued delays in a potash contract settlement while raising the possibility of no contract settlement this year,” Andrew Wong of RBC Dominion Securities Inc. commented.

Mr Wong further pointed out that these demands have not been confirmed yet, thus suggesting that Canadian producers can still finalize short-term deals with Chinese buyers this year even without the overarching annual deal. However, the slow progress in reaching a deal “increases the likelihood that shipments will be below expectations in 2016,” he said. Joel Jackson of Bank of Montreal moreover added that “the $230-a-tonne estimate for China now looks impossible as Chinese buyers play hardball”. While suppliers might still be able to execute some bargaining power in talks with Indian customers, Mr Jackson said it was clear that “the potash dynamic is getting worse and producers will face tough choices.”