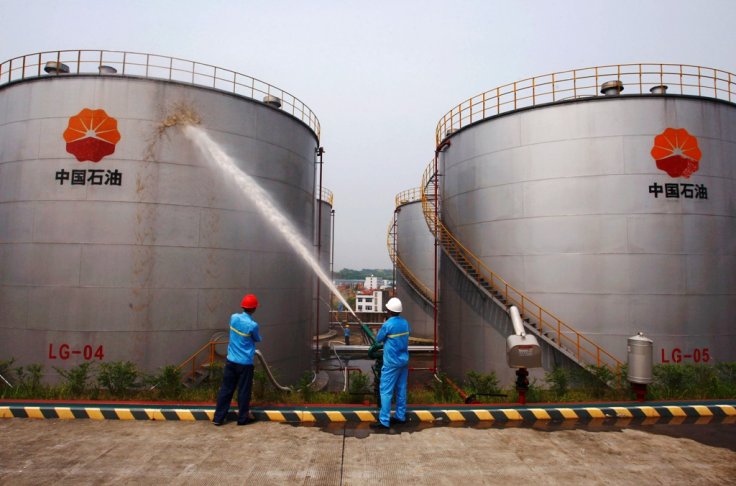 China is expected to increase its demand for crude oil later this year despite the fact that its inbound shipments were for the first time higher than U.S. imports in April. Last month, China’s oil imports hit a record 7.37 million barrels per day, which positioned the country as the world’s biggest importer of crude oil.

Despite economic slowdown, China’s crude purchases are expected to keep rising in the second half of this year as Beijing is constructing huge oil storage caverns designed to keep its strategic petroleum reserves. China’s determination to amass substantial reserves is one of the main drivers behind high imports despite slower domestic demand. In this context, Amrita Sen of Energy Aspects has stressed that “even though China’s GDP growth is stalling, its crude appetite may swing upwards in H2 15”.

Experts say that Chinese storage facilities with a capacity of 132 million barrels could hold as much as 100 million barrels between July and December this year. It is also expected that China will finish the construction of two new caverns – in Jinzhou and Tianjin – towards the end of this year, which could add additional 50 million barrels to the overall capacity. Traders expect to see higher commercial inventory levels as well as higher oil prices by the end of 2015. Moreover, the so-called “teapot” refiners, which account for about a fifth of China’s refining capacity, could also contribute to imports.

China’s biggest private refiner, Shandong Dongming Petrochemical Group, anticipates that it would get an approval in the second half of this year to begin importing about 100,000 barrels per day. Last year, the country’s imports of crude went up by 9.5 percent over 2013.