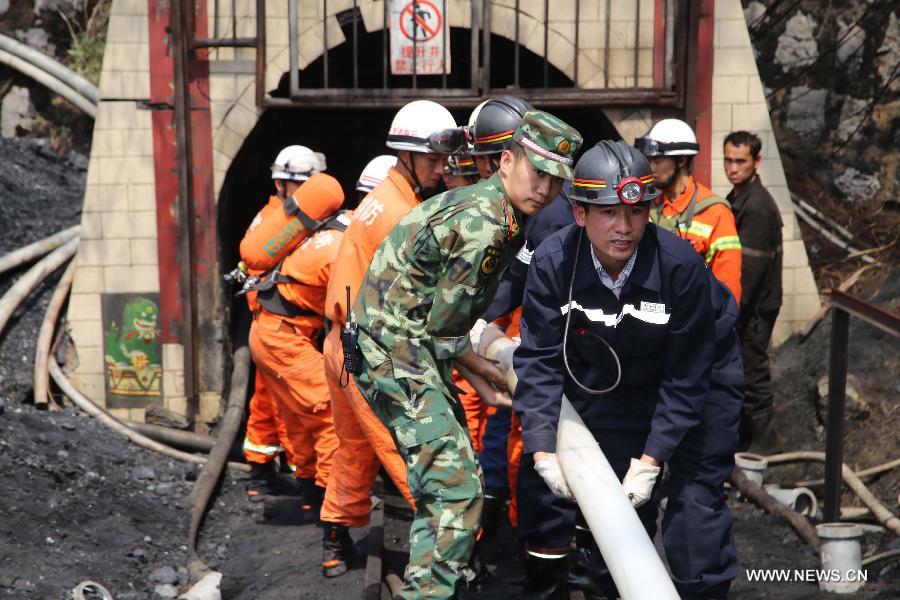 At least 19 people have so far been confirmed dead in a mine flood in southwest China’s Yunnan Province. The accident happened on April 7 at the Xiahaizi coal mine wherein 22 miners were trapped underground, while four others were rescued.
Three miners are still missing. The flooding is believed to have been caused by an explosion. According to Chinese officials, nearly 500 people and three high-powered pumps have been mobilised for the rescue efforts, affirming that more rescuers were called in and that more pumps will be used to suck up the water.
China’s mines are notoriously deadly, although safety improvements have significantly reduced the deaths in recent years.
In 2013, the numbers of coal mines’ accidents and deaths decreased by 23 pc from the previous year. Chinese central government says there were 589 mining accidents last year, leaving 1,049 people dead or missing.
But the industry reports say more than 1,300 people were killed in mining accidents in China in 2012. Last month, a gas explosion at a coal mine in western China’s Xinjiang region killed 22 people in one of the deadliest accidents of the year.
Coal mining accidents can occur in the process of mining coal, and have a variety of causes, including leaks of poisonous gases, collapsing of mine stopes, flooding, or general mechanical errors from improperly used or malfunctioning mining equipment.