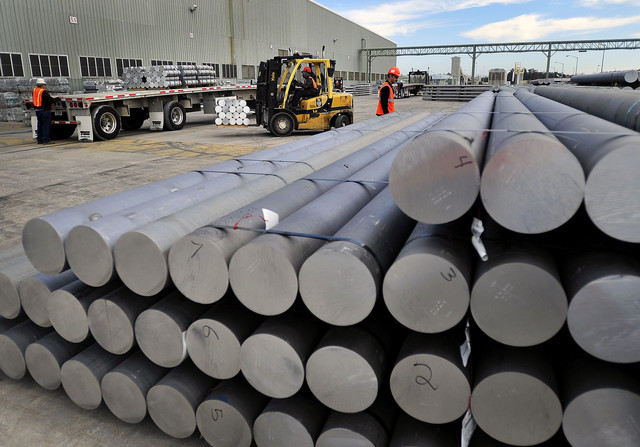 The aluminium market outside China is about to record its first deficit in nine years in 2015 as a result of production cuts and Indonesia’s ore export ban. Some believe that this might be a turning point that could be the start of a protracted shortfall as demand rises. After many years of habitual oversupply, the market is about to tighten as manufacturers have decreased their production to fight rising costs. Indonesia has forbidden bauxite ore exports while demand for aluminium rises mostly from U.S. car producers.

Observers have pointed out that the market could still stay in deficit even after 2015 but historically high global aluminium inventories are expected to curb price hikes. According to Stephen Briggs of BNP Paribas, the deficit might be rather lengthy despite the fact taht the physical market has moved into deficit. Mr Briggs, who is a senior metals strategist, says that “there is an awful hidden inventory but not in China rather in the West, in financing deals and warehouses.”

Estimates of aluminium inventory outside China are about 12 million tonnes out of which 5 million tonnes are believed to be in registered warehouses alone. Moreover, stocks account for another 5 million tonnes although they have decreased by 9 percent since January this year. In China, the market is not in the deficit but the surplus is expected to somewhat decrease in response to the closure of about 2 million tonnes of aluminium capacity at high-cost smelters. Outside China, daily average aluminium production went down to 67,000 tonnes in June from 67,500 tonnes in May based on the data from the International Aluminium Institute. Producers have restricted their output due to the erosion of margins by low prices and high costs.