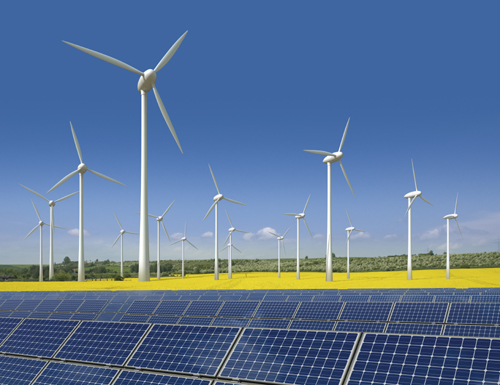 PHOSPHATEPRICE has recently interviewed Dr. Pei-Fei Chang, a Taiwanese-born Belgian scholar and expert in government energy policy about Chinese government’s policy on renewables and namely wind and solar energy and also the European companies’ dilemma about how to stay competitive in the Chinese market without having to transfer their latest advanced technology.

PHOSPHATEPRICE: Your research focuses on the renewables in different countries in Europe and Asia from a comparative perspective. What countries do you specifically focus on?

CHANG: Well, at the moment I am covering Germany, the UK and China but I am looking more at the policy perspective, mainly about how policy is being made and how policy is practiced and what are the crucial problems affecting the policy-making process. My special focus and main contribution is on China but I am also working on Germany and the UK.

PHOSPHATEPRICE: What are the distinctive aspects and priorities in the renewable policy of the Chinese government, especially if you compare it with the European Union?

CHANG: There are similarities and differences. In general, I think what is similar is that both in China and the EU, the policies have changed due to climate change and energy security concerns. But I can also see differences between the two. One evident example is the international obligations for Germany and the UK to reduce the greenhouse emissions while China is participating in the scheme only on a voluntary basis. However, there is an inside voice in China, coming from the central government, that there must be a change. First of all, there must be a change in the fundamental energy structure. Over the last few years, China has been taking energy mix pattern by trying to combine the renewable energy sources with conventional energy sources.

PHOSPHATEPRICE: How does China’s central government want to change this energy mix then?

CHANG: Well, now there is an inside voice that there should be a change – renewable energy should no longer only supplement the conventional energy but should instead replace conventional energy. The government is well aware that if the current energy mix can’t be changed, the serious haze and air pollution problems, like in Beijing, will always remain. You know this PM2.5 air pollution problem currently constitutes a major headache for the Chinese government – I have just interviewed a Chinese government official who said that this change is so crucial because the problem is now in the energy structural change. There is no policy at the moment, even though to promote the renewable energy, Chinese government already put in place the renewable energy law in 2006 that was again revised in 2009. But while this law is serving as guidance for the industry and for the country, there has not yet been a major policy reform to really fundamentally change the country’s energy structure.

PHOSPHATEPRICE: Talking about government policy, can you compare the Chinese, German and UK governments’ approach when it comes to the regulation of the energy markets?

CHANG: Free market in China is based on market competition – the ultimate goal for China is to also create market competition in the energy sector. If you compare China with the UK, its energy markets is increasingly deregulated, it is fully competition-based, whereby there is hardly any government intervention in it. By contrast, in Germany, the energy market is much more regulated by the state. In the case of China, at this point, it is already moving from capacity-building stage to a competition stage. In China, there is this awareness that most of its energy companies, the so-called state-owned enterprises, were not able to compete with each other and thus they would not survive. So, those companies who remain now in China’s energy market are those who can compete.

PHOSPHATEPRICE: Are you basically saying that China is essentially ahead of some European countries, such as Germany, because it seems that Beijing is more confident in the future of renewable energy to the extent that they have already let their companies freely compete in the open market?

PHOSPHATEPRICE: So, it seems to me that the European companies are willing to sell some technology to China but always not the most advanced one.