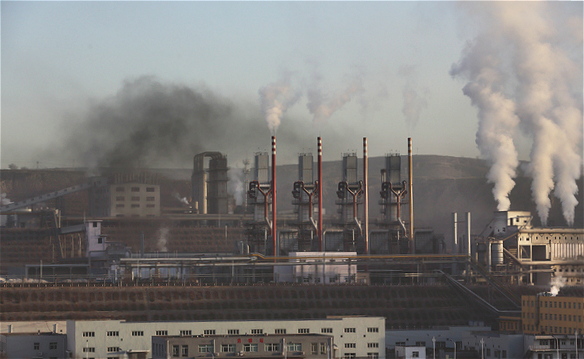 By the end of 2017, China officially approved the plans for its long-awaited national Emission Trading Scheme (ETS) and the National Development and Reform Commission (NDRC) outlined some of the details. The ETS aims to support China’s climate plans, notably to lower its CO2 emissions. The Chinese leaders often chose a “trial-and-error” approach, in which they first experiment with new policies locally, before applying them to the national level. The local markets were launched in several cities and provinces in 2013. Covering more than 25% of the national GDP, these local markets have so far generated moderated emission trading, which had only limited impacts on carbon emissions reduction.

Still, many uncertainties remain on the way on how he ETS will work at the national level. That being said, the announcement remains a very positive sign, with a potentially strong international impact. The launch of the ETS was long awaited and officially announced in a US-China Joint Presidential Statement on Climate Change, a few months before COP 21. China planned to start its national emission trading system in 2017, covering key industry sectors. As 2017 came, there were already rumours about a launch date, but nothing was announced. The announcement was finally made on 18 December 2017. Not only was China very close to its deadline, but also most of the sectors had been dropped.

More importantly, the national announcement has left many key technical questions unanswered. Obviously, rather than putting pressure on the power sector, the government rather wants to create incentives for them to achieve more emission cuts. However, some important information is still lacking, including a clear agenda for the transition toward a functioning national market for power, and the ETS encompassing all sectors. Another important step would be to clarify what a “cap-and-trade” system means for the Chinese government, as its ETS does not seem to have a true emissions cap.

China’s ETS will also suffer from policy interventions. The ETS comes at a time when China is implementing a very large and ambitious power sector reform. Some argue that the ETS could not function without this power reform, which might actually be the exact reason why its actual implementation has been postponed. Political uncertainties and fear of loss of competitiveness may also be the reasons why China seems to have taken a step back. President Trump has repeatedly mentioned tax cuts and barriers to Chinese exports. These circumstances may convince Beijing that the ETS would impose a financial burden on Chinese companies, effectively making trading even more difficult than it already is.

China’s market is also expected to influence other countries. Europe is probably the region that is looking with the most interest at the Chinese experience, because of its own ETS. Europe’s scheme, which includes the EU-28 as well as Switzerland, Liechtenstein, Norway and Iceland, is considered as a frontrunner. However, the European Union’s ETS is suffering from a number of issues, most notably a low carbon price. So far, it creates little incentives to transition away from fossil fuels. Reforming and improving the EU system could also have a positive impact on China’s ETS, while, in return, China’s experience and lessons learned could also ultimately benefit the EU’s.

Despite all these unanswered questions, one certainty remains: the Chinese ETS will differ from the existing ones – and notably from the EU’s own ETS. Depending on its actual results in the coming years, it might well even become a model for future carbon markets.