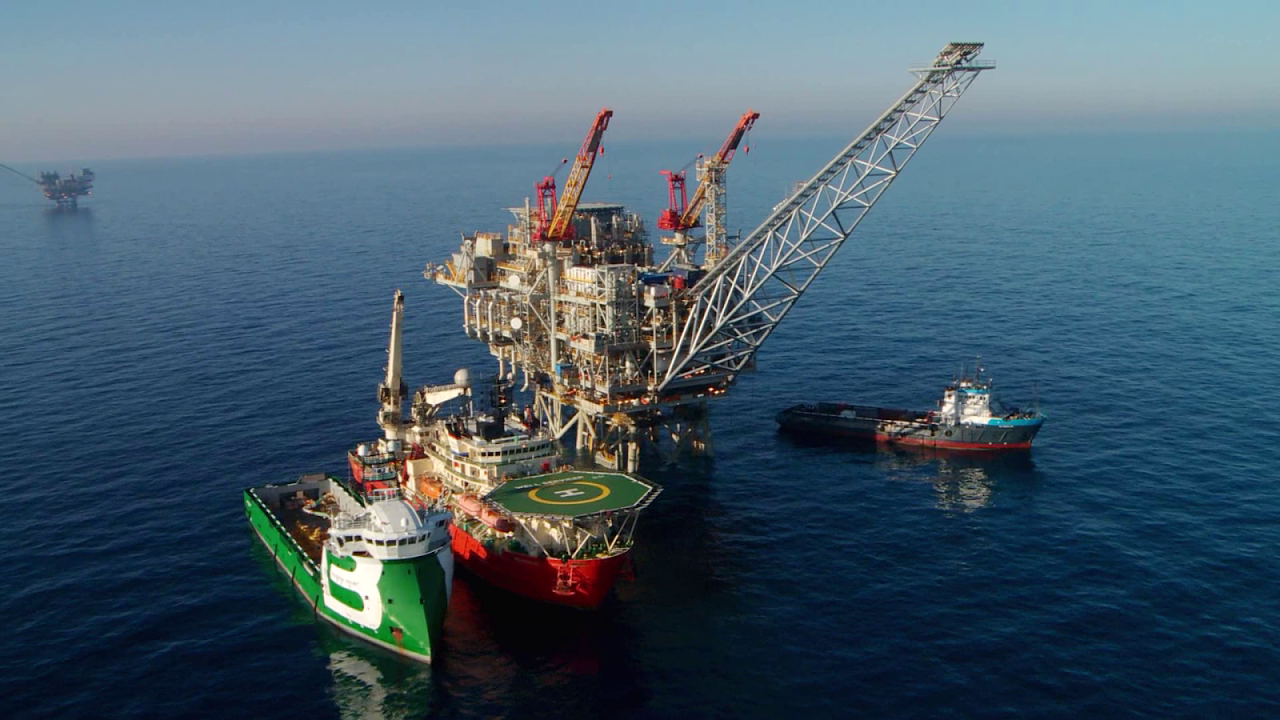 In November 1999, Palestinian Authority President Yasser Arafat signed a 25-year contract for gas exploration with the British Gas Group (BG), now Shell, which later that year discovered a gas field called Gaza Marine in Palestinian waters.  The estimated reserves of 3.5 trillion cubic feet (tcf) were not large by international standards but crucial to the Palestinian Authority, which was short on cash.

The demand for gas in Palestine was quite modest, so in a pursuit to justify this huge economic investment, BG turned to Israel for a mutual agreement. Eight years have passed and it seems that both sides came to an impasse. In the meantime, Israel itself became a major gas player in the region after multiple large offshore discoveries, specifically the Mari B field in 2000, the Tamar field in 2009 and the Leviathan field in 2010, which is estimated to hold 22 tcf, compared to 12 tcf of the previous two. The problem is that Leviathan extends into the territorial waters of Lebanon and Cyprus as well.

Ever since the creation of the State of Israel, control of land and water has arguably been the essence of the Israeli-Palestinian conflict and the growing importance of gas in the world energy markets only strengthened the economic power of Israel. The second intifada, which took place during these discoveries only led to Israel stripping away most of the maritime jurisdiction from the Palestinian Authority, so seeing both of them profiting from this is just not going to happen.

These new discoveries allowed Israel to be self-sufficient and not rely on Egyptian gas. In 2005, when new discoveries turned Egypt into the second largest natural gas producer in North Africa, they signed an agreement with Israel and by 2008, 40% of Israel’s gas was imported from Egypt via a pipeline built between El Arish and Ashkelon. The pipeline was sabotaged multiple times after the overthrow of Hosni Mubarak and in April 2012, Egypt stopped delivering gas completely. The case went to international arbitration, which Egypt lost. Luckily for Israel, it now had its own gas from Tamar.

Despite signing a memorandum of understanding in December, between Italy, Greece, Cyprus and Israel to set up an eastern Mediterranean energy corridor, the idea of an underwater pipeline carrying gas from Cyprus and Israel to Europe seems unlikely. The cost is estimated at $7.4 billion, which is pretty steep considering we’re at a time when gas prices are low. The other problems are that Greece is off the main European gas grid and the 2,000km seabed configuration poses major technical challenges. Another issue is the long-lasting dispute between Israel and Lebanon about their common border, not only continental but also maritime. The economic zones of Lebanon, Israel and Cyprus all overlap, but they haven’t been demarcated yet.

This development of gas resources in the eastern Mediterranean might be beneficial to the European Union, as it offers more varied sources, which could diminish EU’s dependence on Russia in the future. Qatar offered itself as a source for piped gas to Europe but Syrian President Bashar Assad and the former Libyan leader Muammar Qaddafi were both strongly against Qatari pipelines carrying gas across their countries. Whether or not these conflicts can be resolved is hard to predict and only time will tell. As for the Palestinian Authority and Israel, the future looks bleak. The gas resources that lie under the bed of the Eastern Mediterranean will only contribute to the development of the Israeli and Egyptian economies for now.