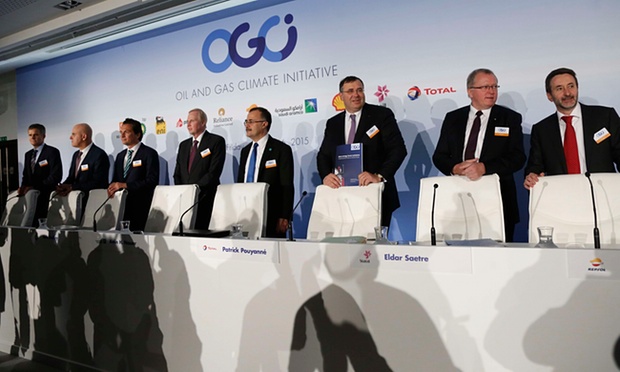 A number of the world’s biggest environment-centered funds have shares in conventional gas and oil companies mixed with their renewable tech holdings such as solar, wind or clean tech. The stock in these companies is a potential shock to green investors trying to avoid fossil fuels altogether. Six of the 20 biggest funds that talk about “global warming” or “climate change” in their marketing materials have stock in traditional oil and gas companies including funds with investment in companies lobbying for new pipelines from Canada’s oil sands reserves.

Meg Voorhes of the Forum for Sustainable and Responsible Investment in Washington D.C. commented that “this really underscores that prospective investors should carefully read a fund’s details and not just its label”. Investment in climate change is a major topic of the COP21, the UN climate change meeting taking place in Paris, which is hoped to produce a global agreement to rein in global warming.

Climate funds are still a relatively new tool for environmentally minded investors. A climate fund offered to European investors by HSBC – the HSBC GIF Global Equity Climate Change fund – has shares in US oil refiner Chevron Corp, South African energy firm SASOL Ltd and British oil and gas producer BG Group Plc. All three firms are major emitters and have tried hard in recent years to reduce their emissions impact under pressure from environmental lobbyists. HSBC commented that “it was not so much about avoiding companies that are carbon emitters, but about investing in companies that have sought to adapt their businesses to meet the challenge”.

Deutsche Bank, which also has its own climate fund – US$75 million Global Warming Prevention Equity Fund – is the second biggest climate-focused fund in the industry. It had also held stock this year in conventional oil and gas companies, such as US oil and gas driller Helmerich and Payne Inc. Previously, the fund also had large stakes in oil companies Noble Energy and pipeline company Kinder Morgan Inc.