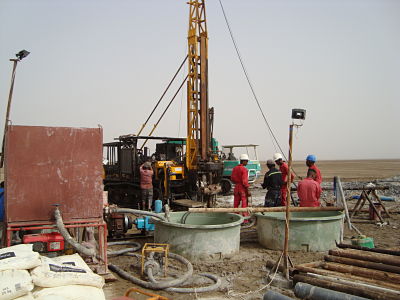 Eritrea, the country often described as a pariah state by the international community, has been sanctioned by the United Nations since 2009 due to the country’s involvement in financing Islamist fighters in Somalia. The Eritrean economy and people have suffered greatly as a result of the international isolation, but in recent years the government has managed to attract foreign investors to invest in the country’s abundant mineral resources. Eritrea’s Colluli Potash Project was also one of such attempts to attract foreign direct investment. The mine is among the country’s closest potash locations to a seaport. Being about 16 km below the surface, it is also the shallowest and the only open-cut mine of this kind in Eritrea. In Colluli, the high grade, rich and concentrated potassium sulphate can be found.

However, allegations have recently emerged of slave-like conditions of those working on foreign mining projects. Already in January 2013, the non-profit organization ‘Human Rights Watch’ published a report warning of “terrible conditions, inadequate food supplies, and unsafe housing” at the Bisha project of the Canadian firm Nevsun Resources. The company started operating in Eritrea only three years ago but has produced hundreds of millions of dollars’ worth of gold. Despite the campaigns to improve the conditions of Eritrean workers, the situation has not improved. Yesterday (28 August), the Asmarino Independent, a portal for Eritrean expatriates, informed that the road from the potash site at Colluli to Marena coastline is being rebuilt using the forced labour. The workers fortifying the road are reportedly underfed, overworked, and living in terrible conditions.

The Colluli Mining Share Company, the main operator of the Colluli project, is a joint venture between South Boulder Mines Ltd and the Eritrean National Mining Company. The construction of the road from Colluli to Marena is, however, managed by the Mereb Construction, a military construction firm established by the Ministry of Defence and managed by the Segen Construction Company, owned by the only political party in the country – People’s Front for Democracy and Justice. The workers who work for Mereb Construction have been conscripted and forced to work six days a week for 12 hours a day. Their monthly salary is reportedly 10 USD. The Asmarino Independent claims that these workers are “citizens who have been held by the military against their will for many years, and treated like slaves”.