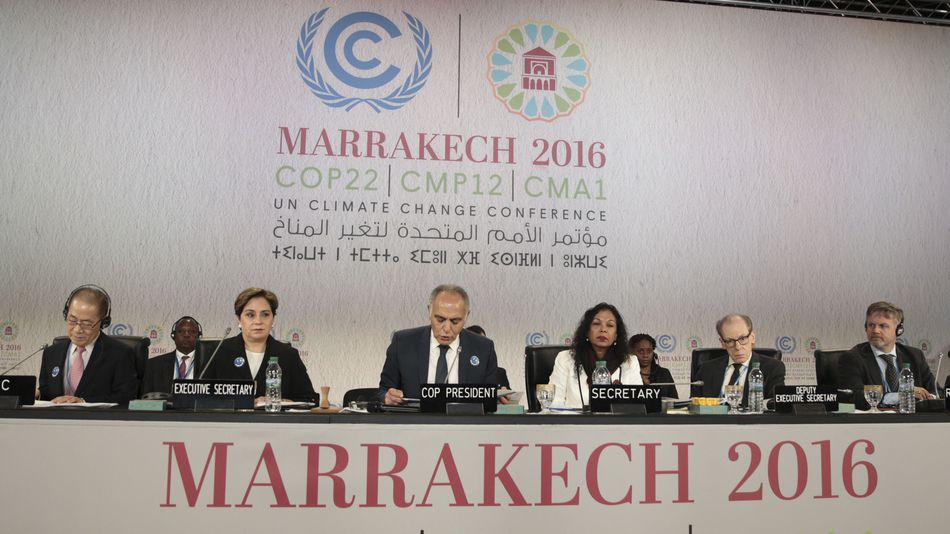 Today, 16 November, is a day of digital messaging that demands global action on climate change and the environment. Ordinary citizens, along with more than 100 organizations including the United Nations, are invited to share digital content about the environment using the hashtag #EarthToMarrakech on the occasion of the 22nd Conference of the Parties of the United Nations Framework Convention on Climate Change (COP22).

Through live-streamed video, real-time interactions and social media engagements, #EarthToMarrakech will transmit the discussions taking place in Morocco and bring them to global citizenry. The goal of this event is to hold world leaders accountable in the sense that for they turn their words and promises into real actions on the ground. State leaders from all around the world gathered yesterday (15 November) in Marrakech where they were welcomed by Morocco’s King Mohammed VI, the United Nations Secretary-General Ban Ki-moon and the Executive Secretary of the United Nations Framework Convention in Climate Change (UNFCC), Patricia Espinosa.

The Paris Agreement, the result of the COP21 that took place in Paris last year, is a collective effort of more than 40,000 diplomats, experts, advocates and policy makers. This landmark deal binds 175 countries in their shared commitment to preserve this planet for future generations. US Secretary of State, John Kerry, commented that “While the world took an enormous step by approving the most ambitious, inclusive climate agreement in history, the next step – bringing that agreement into force – must quickly follow“. Mr Kerry also added that “We still have a window of time, according to scientists, to prevent the worst impacts of climate change from happening.“