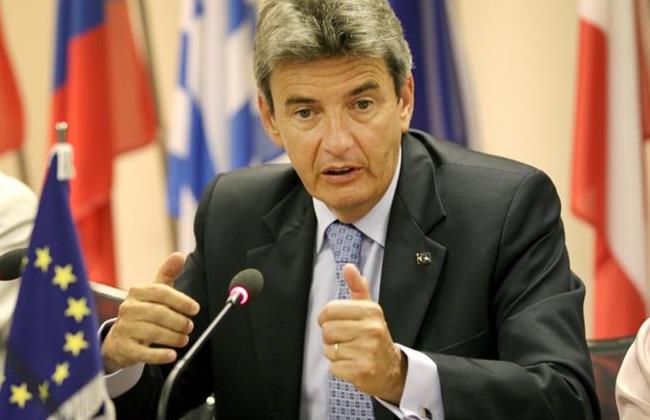 The European Investment Bank (EIB) has lent Egypt € 205 million to help the most populous country in the Arab world carry out an important power project.
The Al Shabab plant is destined to enhance the country’s power capacity to 1500 MW representing a 50 pc increase in electricity output that will meet the growing electricity demand at a competitive cost and with a low environmental impact.
The project consists of the conversion of an open-cycle power plant to combined-cycle gas technology. The European Bank for Reconstruction and Development (EBRD) and the Saudi Fund for Development also contributed to this undertaking.
Speaking at the signing ceremony, the EIB vice-President Philippe de Fontaine Vive said: “Our aim is to support the new Egypt’s social and economic transition by financing projects encouraging growth and employment”.
“This is why we have decided to develop and modernize infrastructures in the sector of energy. Through this project, we aim to promote the productivity and competitiveness of the Egyptian economy and to create jobs”, added Mr. Philippe de Fontaine, saying the EIB “aims to contribute to the improvement of the daily life of the Egyptian people and to the building of a future for the younger generation”.
Over the last two years, the EIB’s Board of Directors has approved more than €1 billion loans for projects in Egypt and signed €637 million so far in key economic and social sectors.