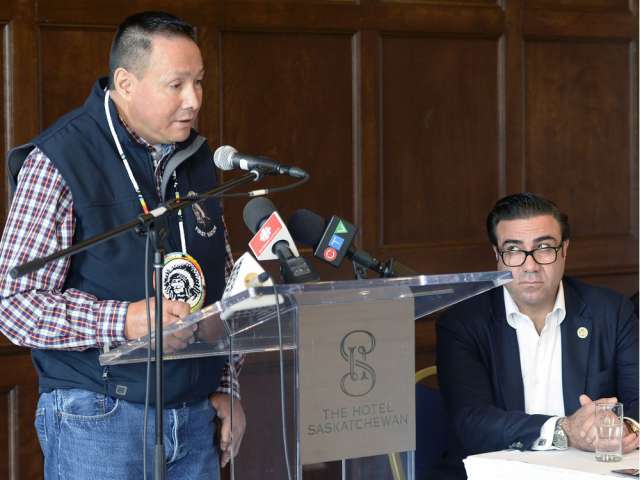 Encanto Potash Corp., a junior mining company aiming to build a potash mine on a reserve northeast of Regina, said that two new 20-year contracts to sell a total of seven million tones of potash yearly will bring it closer to financing and building the massive facility. These agreements, known as offtakes, with India-based companies should help Encanto secure the $3 billion it needs to construct the mine on Muskowekwan First Nation. “We think that with this offtake, we can get our corporate financing,” Encanto’s Gary Deathe said, adding that while no junior mining company has successfully financed a potash operation into production, that is “100 percent” Encanto’s plan.

The company has been looking into the possibility of a mine in the province for many years. It expects that it will take three years to finish the mine. The project is expected to create hundreds of jobs. In 2010, the company signed a joint venture agreement with Muskowekan First Nation to develop the region’s potash resources. Muskowekan Chief Reg Bellerose had earlier said that although the project was not supported by every member of the First Nation, it had been approved by a majority in several votes.

“Production from the first potash mine on First Nation land is now one important step closer and we welcome both the coming direct job creation, spin off employment opportunities and own source sustainable revenue,” Mr Bellerose said in a statement this week. Apart from Encanto, there are also other junior miner companies interested in using prearranged sales to offset market volatility and make the project more appealing to prospective financiers.