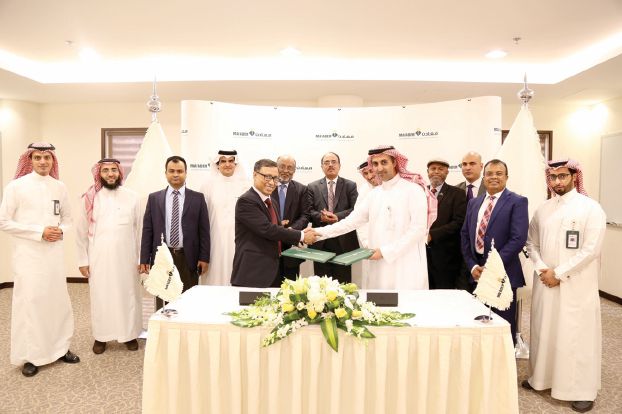 The Saudi Arabian Mining Company (Ma’aden) signed a phosphate fertilizer supply contract with the Bangladesh Agricultural Development Corporation (BADC). The contract was signed in Riyadh in the presence of Golam Moshi, Bangladesh Ambassador to Saudi Arabia. Under the deal, Ma’aden will supply di-ammonium phosphate fertilizer (DAP) for this year. BADC is a state-owned company that imports crop nutrients under the umbrella of the Bangladesh Ministry of Agriculture.

Speaking at the contract signing ceremony in Ma’aden’s headquarters, Khalid Al Rowais, Senior Vice President of Ma’aden’s Phosphate Business Unit, said that his company is “pleased to once again offer quality, reliable fertilizer supplies to Bangladesh. We hope to demonstrate our ongoing commitment to the Bangladesh Ministry of Agriculture and the BADC by continuing to build on our long term relationship for many years to come.” Also through this contract, Ma’aden has strengthened its position as an important global supplier of phosphate fertilizer, which it currently delivers to clients in more than 15 countries.

The company has recently announced that a third phosphate project will become operational in 2024, which will bring Ma’aden’s phosphate fertilizer output capacity to 9 million tons per year, thus positioning the company as a major international supplier. Fertilizer production in Saudi Arabia leads regional capacity and accounts for 44 percent of the GCC’s manufacturing capacity, according to a September 2016 report by the Gulf Petrochemicals and Chemicals Association (GPCA).

“Saudi Arabia has led the Arabian Gulf in terms of production capacity of fertilizer capacity and trade,” said Dr. Abdulwahab Al- Sadoun, Secretary General of the GPCA, and added that “over the past decade, the Kingdom added 9.6 million tons of new fertilizer capacity. The capacity expansion has been accompanied by a diversification of the industry’s product portfolio, notably through the production of phosphate fertilizers which leverage the large phosphate deposits in the Kingdom.”