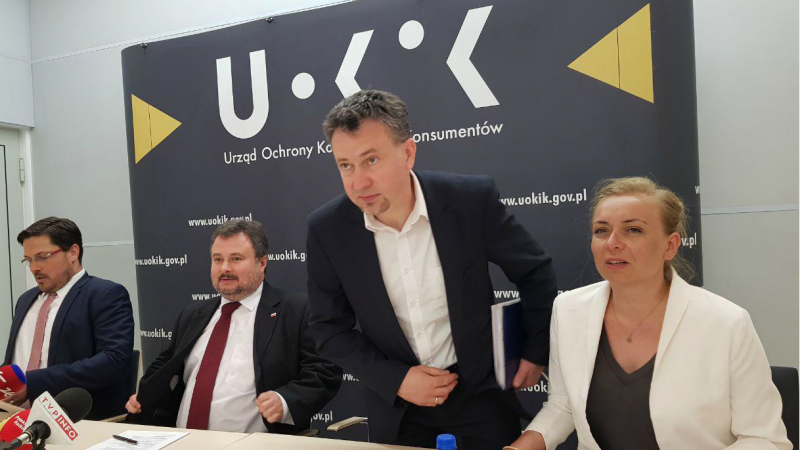 Poland has launched a legal battle against Russian energy giant Gazprom with the possible fines up to 10% of the company’s annual turnover. The Polish Office of Competition and Consumer Protection (UOKiK) said that it had started proceedings against the Russian firm, Switzerland’s Engie and Austria’s OMV as well as Germany’s Wintershall and Uniper, the country where Nord Strom 2 offshore pipeline project would reach Europe. Warsaw has been doing its best to persuade European countries and EU institutions that the Gazprom-led gas pipeline would undermine the EU’s strategic interests and violate competition rules.

In 2016, UOKiK decided the project would further boost Gazprom’s dominant position in gas supplies to Poland and lead to more restrictions of competition. Despite these concerns, Gazprom and five EU companies had nevertheless made a call to finance Nord Stream 2, which in his view constitutes a violation of the Polish anti-monopoly law. UOKiK confirmed that the anti-monopoly proceedings were launched a few days ago. Due to the controversy over the pipeline, financial institutions are not willing to engage in financing Nord Stream 2 as they lack clarity around certain developments such as US sanctions against the Kremlin.

UOKiK also said it can impose a good amount of up to 10% of Gazprom’s turnover if the company performed a concentration without obtaining prior permits. Moreover, where the concentration has already been implemented and restoration of market competition is not possible, the president may order the disposal of stocks or shares or the disposal of the entirety or a portion of the undertaking’s assets or the dissolution of the company over which the undertakings have joint control.