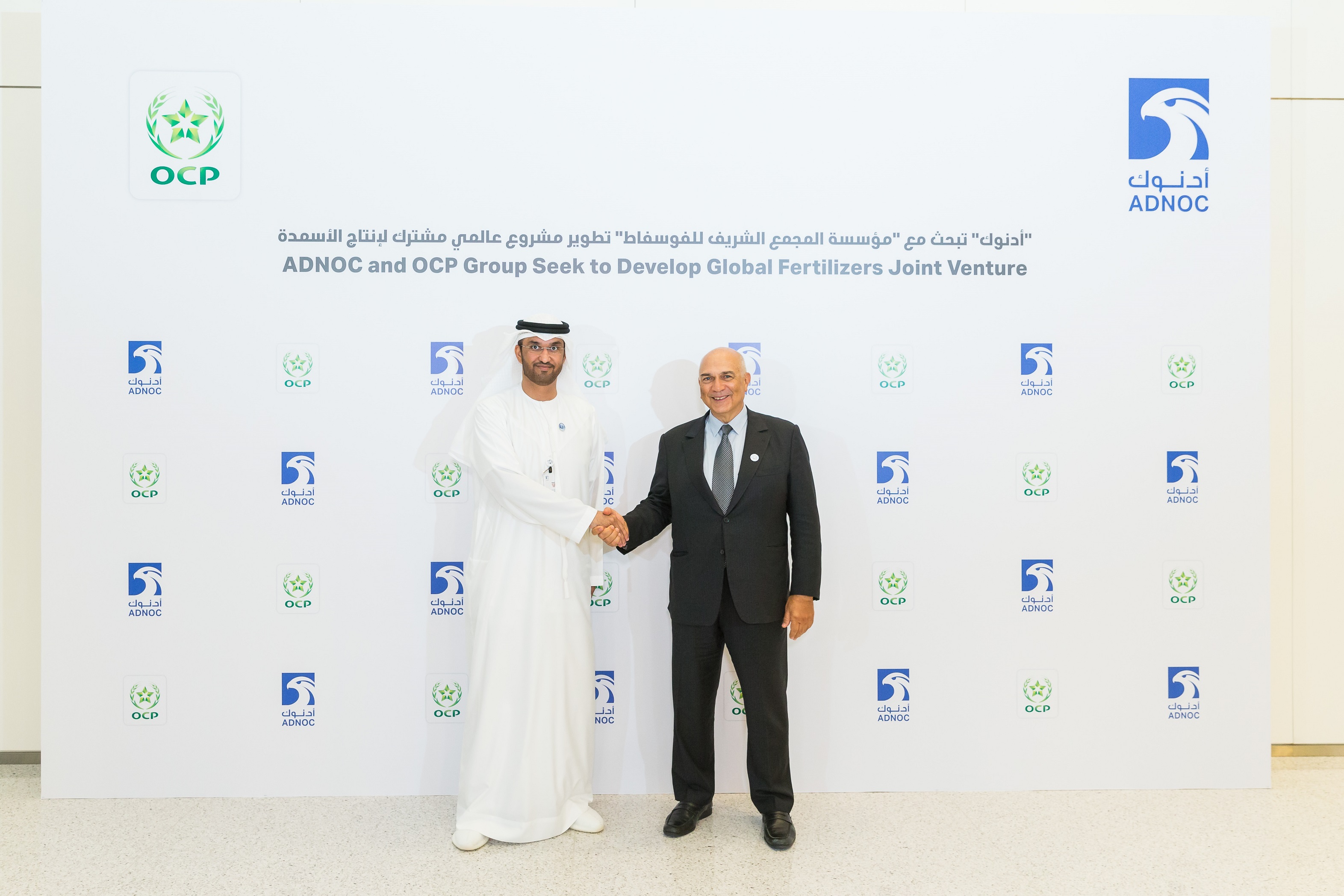 Morocco’s state-run phosphates company OCP and UAE National Oil Company (ADNOC) are going to boost their partnership by setting up a new global fertilizers joint venture. The new entity will utilize and materialize competitive advantages of the two groups, namely ADNOC’s world-scale sulphur production, know how in ammonia and gas as well as shipping and logistics network. ADNOC’s other advantages include OCP’s access to large phosphate resources and an extensive marketing network.

The new partnership will also create two production hubs, one in the UAE and one in Morocco, both drawing on existing and new assets, giving the joint venture global market reach. Both sides are going to work on developing capabilities that will buttress their joint venture such as building human capital and leveraging their respective strengths. OCP is getting involved mainly with the vision that this partnership will enable it to capture its fair share of growing demand for fertilizers. Following the completion of the first phase of the program, the Moroccan company has brought OCP’s fertilizer capacity to 12 million tons and rock export capacity to 18 million tons.

Sultan Ahmed Al Jaber, UAE Minister of State and ADNOC Group CEO, explained that the venture was part of the diversification efforts with the ultimate goal to increase revenues. “The agreement builds on the expanded partnership model we announced last year, as we open our entire value chain to reliable, value-adding, long-term partners, who can complement our capabilities and resources, and enhance our market access”, Mr. Al Jaber said.

Mostafa Terrab, OCP Group Chairman and CEO, added that the new entity would merge the world’s largest phosphate reserves and the world’s largest sulphur production capacity, thus creating an unprecedented venture in the industry. “We view this new partnership as a unique opportunity, in line with our global strategy that will contribute to our ability to serve growing demand for fertilizers worldwide”, the OCP CEO emphasized.