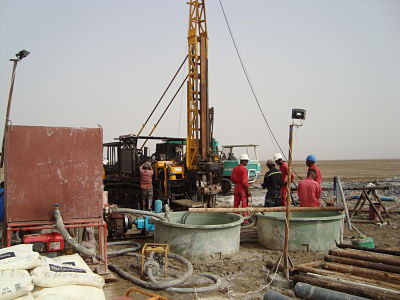 South Boulder Mines released a mineral resource estimate for the Eritrea-based Colluli potash project. The Western Australia-based company holds a 50-percent interest in the project, which is part of a joint venture with the Eritrean National Mining Company. The total mineral resource is estimated at almost 1.3 billion tonnes at an average grade of 10.76 percent K2O. 97 percent of the resource is currently in the measured and indicated categories while contained potassium sulphate is estimated to total at 260 million tonnes.

According to CEO, Paul Donaldson, Colluli is “one of the largest potassium sulphate resource globally”. He added that there was no question about the size and potential of the resource. “It will form the backbone of what will become a significant project in the future,” he stated. The company also says that the mineral resource estimate was based on the data gathered during the first drilling campaign at Colluli that took place between 2010 and 2012. Another drilling phase took place in 2014 but its only purpose was to validate the existing data. Colluli is the world’s shallowest potash deposit as mineralization starts already at 16 meters. South Boulder is convinced that the shallowness can add to higher resource recovery and increased safety.

Following the latest report, a pre-feasibility study for potassium production is on track for release this month as well. Based on the shareholder update that was published earlier, the firm’s long-term objectives include a definitive and bankable feasibility study to be ready in the third quarter of this year. South Boulder’s chairman, Seamus Corneliuss noted that the feasibility studies and the latest mineral resource updates have helped the company gain more knowledge about the deposit and the understanding of “how it should be developed to generate maximum benefit for stakeholders.”