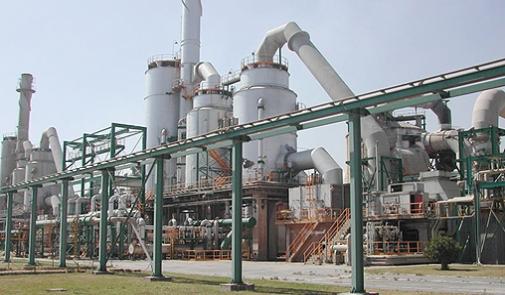 The Ethiopian government has announced that it would team up with the Moroccan fertilizer company OCP to build a fertilizer plant in East Ethiopia. The project worth $2.5 billion will be built over 100 acres and is expected to produce 1.1 million tons of urea and 1.5 million tons of fertilizer. The Ethiopian Institute of Chemical and Construction Development commented that “the factory, in partnership with the OCP, will be built in the zone of Shinile, bordering with the city of Dire Daoua and the Somali province, in east Ethiopia.”

The landmark agreement was announced during the official visit of Morocco’s King Mohammed VI to Ethiopia. Both leaders used the occasion to seal other deals as well, such as agreements on investment protection, double taxation and tax evasion as well as other deals in the fields of economy, science, technology and culture along with agreements providing for cooperation on air transport, water, irrigation and tourism. Moreover, Ethiopia’s Prime Minister Hailé Mariam Dessalegn embraced Morocco’s return to the African Union as of the next summit of the pan-African organization.

The investment will involve constructing a plant in Dire Dawa, located about 250 km east of Addis Ababa, and developing infrastructure at Djibouti harbor – while the latter will be used for handling the phosphoric acid to be shipped in from Morocco, the nitrogen and potash, the two other main ingredients, will be supplied by Ethiopia. Mustapha Terrab, Managing Director of OCP, the world’s largest phosphate exporter in charge of the Ethiopian-Moroccan project, commented that “This joint venture will bring a range of affordable custom fertilizer products that are specifically adapted to the needs of local crops and soils, thereby ensuring a reliable and affordable supply of plant nutrients to Ethiopia’s farmers,” he said.