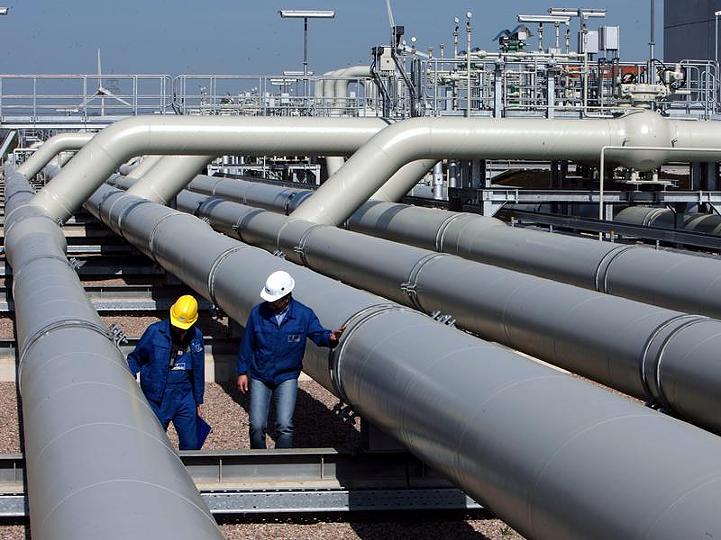 Russia has always had important geopolitical interests on the European continent. Since Moscow launched the Nord Stream pipeline in 2011, the country has been entrenched as Europe’s principal energy supplier. The pipeline can carry about 55 billion cubic meters of gas annually under the Baltic Sea, thus supplying the manufacturing backbone of the EU economy – Germany. The Nord Stream is not Moscow’s only geopolitical tool in Europe. The South Stream pipeline, which is currently being built, will mean for Southern Europe what Nord Stream means for Northern Europe. Russia’s southern pipeline is to become one of the biggest pipelines in the world supplying about 63 billion cubic meters per year. Amidst the crisis in Ukraine and ensuing struggle of the EU to diversify its energy suppliers, the South Stream might now seem as a redundant investment for Moscow knowing that Europe wants to ”de-rail” its energy purchases. Yet, this is not entirely so. Whereas Russia has many potential buyers for its gas, Europe’s possibilities are more limited.
Russian President Putin and Chinese President Xi Jinping are expected to finalize the grand Russia-China gas deal next month. The deal first mooted already in 1997 is coming to life. Russia, forced by the developments connected to its actions in Ukraine, is being encouraged to look for other buyers of its oil but China is also in a desperate need for natural gas if it wants to reduce its dangerous dependence on coal. Thus, Russia’s relationship with its second biggest trade partner after the EU shows first tentative signs of Moscow’s quest for a greater geopolitical balance between the two powers. Unlike Europe, China certainly has more space for manoeuvres given its own natural gas reserves, which make China the world’s 11th richest country in terms of its gas deposits (about 3,100 billion cubic meters compared to number one Russia with 187,300 billion cubic meters).
Starting in late 2018, at the earliest, Gazprom wants to start supplying China with about 38 billion cubic meters of gas, which amounts to about a fourth of the total exports to the European Union in 2013. This is Russia’s significant leverage and comparative advantage given the fact that Europe has done rather little so far to change its very dependence on Russian gas. Great ideas such as the latest one of Poland’s Donald Tusk calling for a Europe-wide energy union are nothing but political dreams while Russia and China are talking serious business. Although the projects like Nabucco pipeline or the once aborted Trans-Caspian project are being mentioned, they are often described as uneconomic as it is not sure whether there will be enough gas to make these investments profitable. In fact, last week’s (May 6) meeting of EU energy ministers in Rome came again with nothing better than readiness to work out medium- and long-term policies that would decrease the level of dependence on Russian oil and gas.
Readiness. The problem of the European high-level decision making is exactly its readiness to do stuff instead of actually doing stuff. Whereas Moscow’s negotiations with China have been in a full swing, with a lucrative deal likely to emerge next year, the EU is but ready to think about how to achieve something similar. Instead of focusing on the Nabucco-related projects, which will likely take a long time to materialize, Europe could switch to policies that could bring quick supplies from diversified sources until truly long-term solutions are ready. Pumping more gas from North Africa could be a way to go about it. This would however require some investment in conflict management in the region, combined with handling development goals and economic obstacles currently facing the region. Moreover, Europe could consider expanding its network of the liquefied natural gas (LNG) terminals to import more energy from places like Nigeria or Qatar or expanding also coal-fired power stations.
Naturally, whatever the options Brussels will consider and eventually implement, the EU should not think of natural gas as the only strategy to pursue the 2020 policy.
Just like the International Energy Agency (IEA) recommended when reporting on EU energy policy, the continued use of nuclear power combined with alternative energy sources will be needed if Europe wants to achieve sustainable and clear energy supplies in the long term. Moreover, it would be extremely unwise to put all European eggs in only one basket.