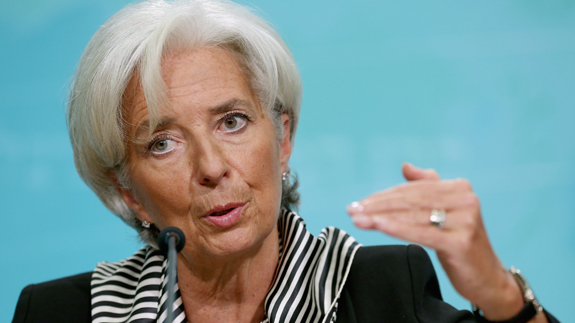 The International Monetary Fund (IMF) said last week that energy taxes are, in most parts of the world, lower than they should be to mirror the negative environmental and health impact of the use of fossil fuels. The IMF moreover defined, for the first time, what it meant by “appropriate taxes” on natural gas, gasoline, diesel, and coal in 156 countries. The prices should reflect the fuels’ overall costs including air pollution, congestion, traffic accidents, and CO2 emissions. Under the incumbent chief of the IMF, Christine Lagarde, the organization has explored the impact of the environmental changes arguing that it is impossible for the Fund to pursue its core mission of ensuring economic stability without dealing with green issues. Mrs Lagarde emphasized that countries should not wait for a global deal on the environment, but should rather take their own steps to adjust energy prices.

The international community is currently working on a United Nations agreement for late 2015 to control greenhouse gases that have been very high since the beginning of the millennium. The IMF thinks that higher energy prices that would take into account green issues would not be harmful to the economy if implemented in a correct way. As Mrs Lagarde put it, “on this point, let me be crystal clear: we are generally talking about smarter taxes rather than higher taxes”. She added that higher energy prices were the most efficient and simple way of tackling the negative impact on the environment. In her opinion, the smarter taxes would allow governments to effectively handle the climate change such as through subsidies for renewable energy. Mrs Lagarde concluded that higher but smarter energy taxes could motivate people to consider cleaner fuels and alternative sources while allowing governments to pay off some public debt or even decrease taxes on consumption or income. IMF forecasts that levying energy taxes could decrease carbon emissions by 23 percent and raise revenue by 2.6 for the global gross domestic product.