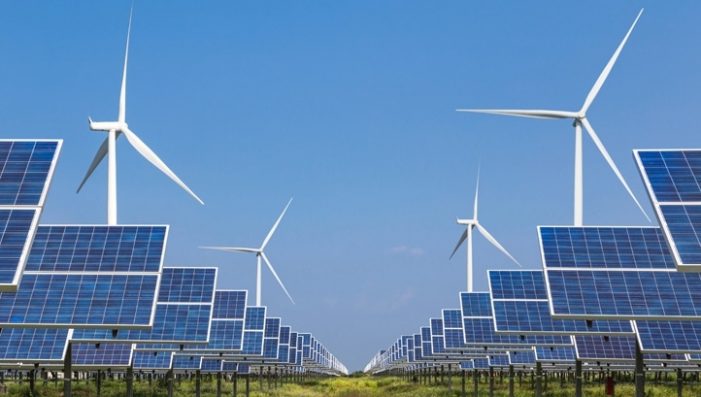 In order to reduce global greenhouse gas emissions and avoid the worst impacts of climate change, the world is undergoing an energy transition focusing on renewable energy. In comparison with the impact of the last transition from traditional biomass energy 200 years ago, fossil fuels transition has been based on resources that are geographically concentrated. This allowed the exercise of geopolitical power around the distribution of those resources, which, in turn, had economic advantages for those countries that extracted those resources.

However, now we are moving from an energy system of scarcity to one of potential abundance for almost every country around the world, which would have a profound impact on the global economy. Therefore, those countries, which have run their economies on these resources in the past, have to adopt a new, diversified, economic model. To that end, we begin to see the changes across the world, with, for example, the United Arab Emirates having implemented an energy strategy that calls for 70% decarbonization and 44% clean energy power generation by 2050.

Fossil fuel-producing countries are rich in renewable energy resources too, so there is a chance for them to remain present as energy players. Although it remains challenging for few of those countries, namely Nigeria, Angola, Gabon, etc – to diversify their economic strategies, in overall terms, it is rather remarkable that renewables have formed the majority in new capacity addition to the global power sector in economies across South America, Asia, and Africa. These transitions show that this might be the development strategy of the future, especially for emerging economies.

Furthermore, renewable energy has the potential to serve as a ‘defense policy of the future’ because the geopolitical shift in the frequency and location of energy conflict is likely to occur. For example, the risk of confrontation over contested hydrocarbon reserves, such as in the Middle East or in the South China Sea, may diminish. Renewable energy also plays a key role in all the strategies to combat climate change that threatens existential security and world peace.

The renewable energy sector currently employs over 10 million people globally and, therefore, the energy transition will impact everyone. While severe social disruptions are expected to occur, for example, in the coal industry, decarbonized society is a necessary step to avoid the worst effects of climate change. There is a lot of work to be done in terms of developing a cross-understanding of industrial policy and social policy, all of whom should be the central interest of current policymakers. However, these vital steps need to be taken given that the energy sector accounts for two-thirds of global greenhouse gas emissions.

‚How the Global Energy Transition is Set to Disrupt the Geopolitical Landscape‘ – Gitika Bhardwaj and Adnan Z. Amin – Chatham House / The Royal Institute of International Affairs.

(The Commentary can be downloaded here)