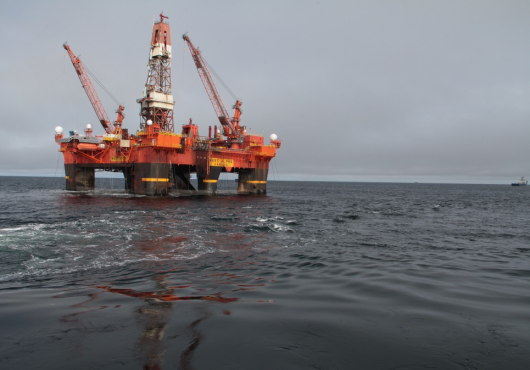 Exxon Mobil announced on Friday (19 September) that it would wind down some of its operations connected to drilling in Russia’s Arctic after the Western sanctions had hit the oil sector. Last week, the U.S. administration broadened sanctions on Russia over the ongoing Ukrainian conflict and disputes over Crimea. The new batch of punitive measures should cease cooperation between Western and Russian energy companies on oil drilling in the Arctic, Siberia, and offshore. The Russia-West collaboration in this sector is estimated to be worth billions of dollars. The companies have been given the deadline – 26 September – until when they have to stop their operations in the country.

The U.S. Treasury Department gave Exxon a couple of days extra, beyond the 14 days stated in the official documentation. The firm’s spokesperson, Richard Keil, said that following the short extension, the license cannot be renewed and no further work would be allowed. Two months ago, Texas-based oil giant started moving its West Alpha rig from Norway to the Russian Arctic. The company is targeting a potential crude oil discovery in the Kara Sea with Russian state oil firm, Rosneft. The Exxon-Rosneft deal signed in 2011 is worth 3.2 billion USD and should significantly develop the surrounding area. Exxon will not remain the only major oil company that will be disadvantaged by anti-Kremlin sanctions. BP Plc and Royal Dutch Shell should be soon affected as well.

Yet, analysts agree that the decision to provide Exxon with an extension to the deadline demonstrates readiness of Obama administration to accommodate needs of major oil companies which face many challenges related to their multi-billion business projects in Russia. The U.S. sanctions aim to slow down Russia’s future oil output by forbidding American and European companies to collaborate on all energy services and technology in Russia’s unconventional oil fields. Russia is one the world’s major crude producers but its reserves are decreasing which is why the country must constantly seek and develop new drilling sites to retain its top position.