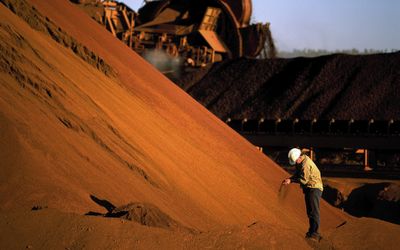 Australian mining company Ferrex has announced the discovery of high iron values at the Mebago DSO iron ore project in northern Gabon.
The samples, collected as part of its expansion exploratory plans destined to increase the mineralised area at the 309 sq km field, showed assays of up to 63.3 pc iron ore.
“The assay results from rock samples taken from these areas confirm the potential for additional extensive significant DSO grade iron ore mineralisation within the licence area,” said Managing Director Dave Reeves.
Following the announcement of this discovery, the company shares rose 7.81 pc to 1.72p on the international stock market. Besides Gabon, Ferrex has projects in South Africa and Togo.
Last august, the company said Gabon deposit turned out to be richer than expected and the target was increased to over one billion tonnes of ore compared to an initial estimate of 630 million tonnes.
The discovery of iron ore was good news for Ferrex managers and shareholders who look very excited and upbeat at the idea of exploiting this Megaba field over the coming months.