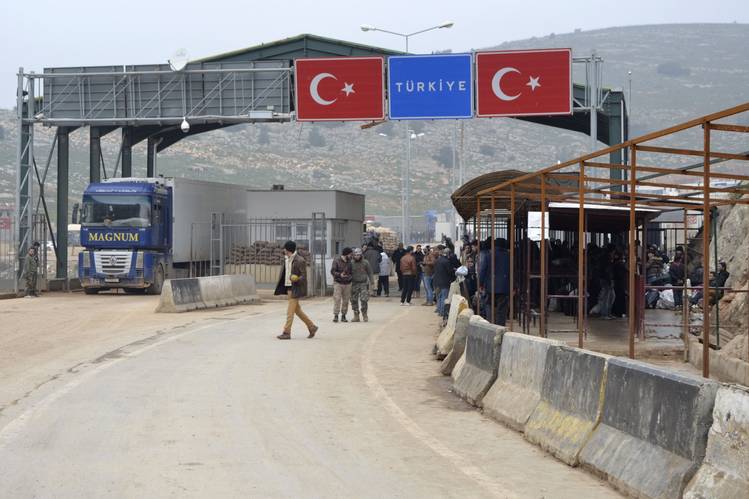 In the Turkish town of Akcatale, laborers work long hours to prepare bags of fertilizer for their way across the border with Syria. In the neighboring Syrian city of Tel Abyad, just across the border, a black flag is flying in the downtown indicating that the city is overrun by the extremists of the Islamic State. Just like other radical groups, the Islamic State has too been using ammonium nitrate, a type of fertilizer, to build explosives despite the fact that it is normally used in agriculture as a high nitrogen fertilizer.

The moral dilemma of the local Turkish politicians is substantial. Trying to protect their own people who hardly manage to make ends meet, local authorities de facto directly support jihadists despite Turkey’s commitment to isolate itself from its extremist neighbors. However, Turkish regions along the border with Syria have been hit hard by the civil war and cross-border trade helps alleviate poverty, even if only by a little bit.

Observers agree that trade continues to flourish along the Syria-Turkey border. In fact, it is directly benefitting many, mostly locals on both sides of the border. However, it is clear to everyone that ISIS is its primary beneficiary. Ankara has tried hard to secure the border to stop the influx of migrants as well as foreign fighters keen on joining the war in Syria. Yet, the country has not yet outlawed similar cross-border trading, which basically supplies jihadists with necessities such as food and drink but also fertilizer.

The cities of Akcakale and Tel Abyad are an example of how the war can split people and communities. Both cities share many family ties but the war tore them all to pieces. Although Akcakale has about 90,000 Turkish inhabitants, they will soon be outnumbered by the Syrians fleeing their country. Many Syrians are trying to start their lives anew in Akcakale. They start businesses, mostly restaurants, and are willing to work for much lower wages.

According to the locals, shipments of ammonium nitrate started roughly a few months ago. The mineral is legally sold in Turkey and is used prevalently in agriculture but in the past it also helped terrorists to construct bombs – namely those used in the attacks at U.S. embassies in Kenya and Tanzania in 1998, the bombing of the Oklahoma City federal building in 1995 but also in the explosions that shook Istanbul in 2003.

The chemical compound of ammonium nitrate, the nitrate salt of ammonium, is used as an explosive in mining and in improvised explosive devices used for example in Iraq or Afghanistan by extremists. It is also a major component of ANFO, a popular explosive, which is a mixture of ammonium nitrate and 9 percent fuel oil. As such, it can be 85 percent as powerful as TNT, expert say.

Few in Akcatale are naïve to believe that the fertilizer, which is sold across the border, is really meant to help Syrian farmers boost their agricultural yields. Local politicians know that the deliveries help the Islamic State build bombs but nobody opposes this morally problematic trade due to widespread impoverishment and high unemployment in the region. Officials vehemently refute the claim that fertilizer could possible help ISIS build explosives although initially they denied that fertilizer was traded in the first place. Some politicians, namely the braver ones, anonymously admit that Syrians living in Akcatale return home now and then and each is allowed to take 30-40 bags of low nitrate fertilizer. High-nitrate fertilizer is allegedly forbidden to carry to Syria because, as the local residents say with sadness in their voice, “there is ISIS on the other side”.

However, the locals openly admit that the fertilizer shipments are “of course” used to make bombs. In fact most of them suspect that members of the Islamic State routinely patrol Akcatale but they do not worry (or pretend not to) because ISIS is dependent on cross-border trade and Turkey could simply close the thriving business across the border.