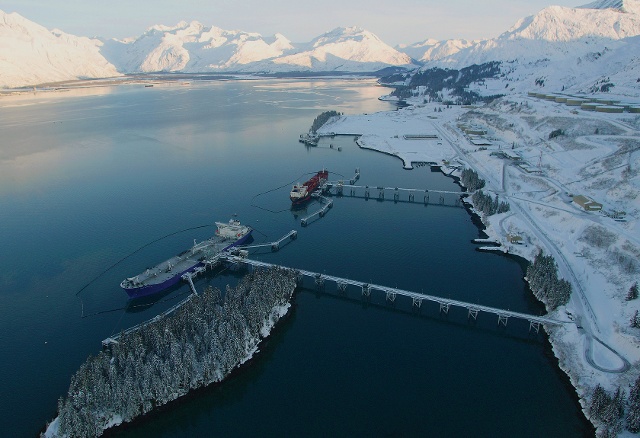 The first American export of Alaskan crude oil is heading for South Korea for the first time in more than ten years. The tanker set out on the journey last week, marking another milestone as the thriving oil sector is driving companies out of the United States to seek new markets and higher revenues. The tanker called Suezmax Polar Discovery that was loaded at Alaska’s Valdez terminal should reach Yeosu in South Korea next week. The tanker will supply the South Korean company GS Caltex Corp, the country’s second biggest refiner, with 800,000 barrels of Alaskan crude after the firm purchases the oil on the spot market on October 10.

The 800,000-barrel shipment was the first exported cargo of Alaska North Slope (ANS) crude since 2004. The ANS has been excluded from international trade by a 40-year U.S. ban on oil exporters. U.S. data demonstrated that it was in fact the first crude oil exported from the United States to South Korea in 14 years with the exception of a recent cargo of lightly processed condensate from the Gulf.

A source close to GS Caltex said that the company had bought the crude at competitive prices adding that the bids from Asian customers were higher than those from the U.S. West Coast customers. Analysts are expecting a growing interest of American ANS refiners in the Asian markets in the wake of the rising output of light crude in the United States and decreasing prices at home. Last week, traders reported the lowest price of ANS crude for domestic trade – $2.25 a barrel – since mid-2014.