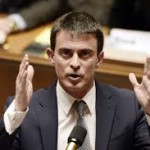 Following nine months of indecisiveness and hesitation, France has finally made up its mind and ended subsidies for overseas coal-fired power stations without a carbon capture system. French Prime Minister, Manuel Valls, commented that his country would “immediately end export credits for all new coal power stations that are not equipped with CO2 capture and storage mechanisms”.
The French government had for long hesitated to make such a move out of fear that there might be a possible impact on jobs at Alstom, one of the country’s biggest energy firms and a major beneficiary of export credits for coal projects. Moreover, Alstom argued that its new coal-fired power stations in emerging economies, such as China, are the only ones that can be equipped with carbon capture storage technology.
French President, François Hollande, said he hoped that this move would breathe life into the tedious international climate negotiations, which are about to be deadlocked soon. Three months before the Paris Climate Conference (COP21), negotiations are moving too slowly to reach the goal of keeping the global temperatures rise below +2°C. “We have made too little progress, still too little,” MrHollande summed up the hitherto talks and expressed his concernsabout a “serious risk” of the COP21 eventually not succeeding to reach its objectives.
The French decision has been embraced by environmental NGOs, which have been putting pressure on Paris to put an end to subsidies since 2014. Environmental lobbying groups are now happy that the French public funds will not be used to support coal power stations “without CO2 capture and storage” systems in emerging markets.NGOs are currently also demanding more effort from all stakeholders, with Climate Action Network’s press release calling “on France to act without delay to improve the positions within the EU and shift the lines of the debate within the OECD on 17 September”.