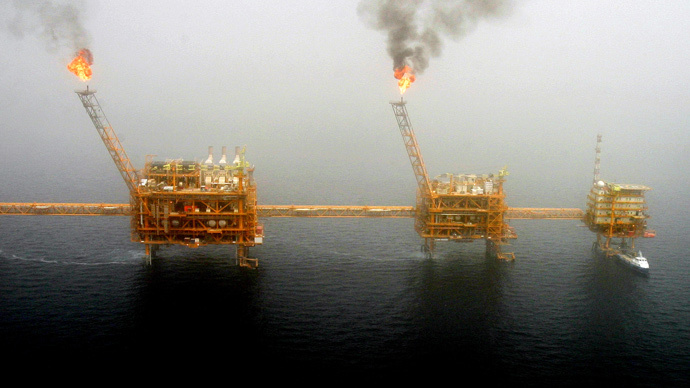 US President Donald Trump’s unilateral decision to withdraw from the Iran nuclear accord could increase the unpredictability of the world’s oil production and drive oil price to unforeseeable highs, according to Igor Sechin, CEO of Russian oil giant Rosneft. The CEO added that the US decision would cause an inevitable reduction of Iranian crude in the world’s supply pool.

The opinion goes that new price records could be looming due to the United States’ unilateral action amid signals that the ongoing OPEC and non-OPEC production freeze agreement might be canned. Such actions and influences on the hydrocarbons market will inevitably lead to a permanent ‘sanctions premium’ in the price. Rosneft’s boss also hinted that he would not rule out that the notion of ‘super cycle’ could emerge in response to a sanctions-related commodity.

One way or another, industries on both sides of the Atlantic will feel the impact of actions taken by the White House as the revoking of the Iran Nuclear deal – a non-market factor – makes the world’s oil sector unpredictable. Mr. Sechin also argued that Washington has consistently pursued the policy of non-acceptance of international deals, which would allow challenging their action on global platforms.

Non-market influences are also working behind the scenes, making energy analysts dismiss their prior suggestion of oil consumption peaking in 2030. Yet, oil and gas are still expected to be at the core of the global economy in the foreseeable future. Projections of leading observers conclude that the demand for hydrocarbons will be higher by 2040 than it is today, even under the most challenging scenarios.

According to Mr. Sechin, oil market participants will have to replenish up to 40 million barrels of falling volumes of resources per day by 2040, which will “require a stable and massive inflow of investment in the sector” that Russia is keen on playing its part in. The Rosneft’s CEO’s comments came amidst latest heavy declines in oil futures prices in Asia and later in Europe and the US.

Despite this polemic around the potential impact of US sanctions on Iran and thus the global oil supply, the most immediate effect of the US withdrawal from the Iran nuclear deal was a rise in the world’s supply of oil due to concerns that the supply could be squeezed. Iran is OPEC’s third biggest producer, making it a heavy hitter in the output of oil – the country produced 2.5 million barrels a day, 3% of global demand.