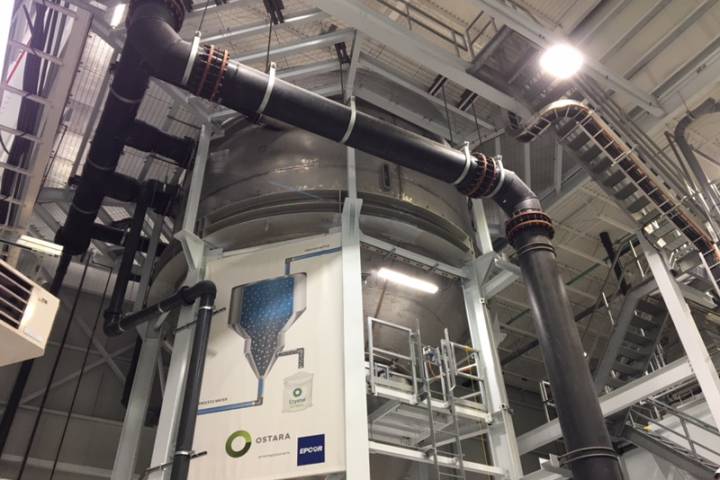 Epcor, a utility company based in Edmonton, Alberta, has announced that it is removing phosphorous and nitrogen from wastewater and turns it into a crop nutrient. The company described the facility as “Canada’s largest waste water nutrient recovery facility”. The process starts with sewage flowing from the city flows into the Gold Bar waste water treatment plant, after which an initial round of treatment is piped into Clover Bar, where the input it put in ponds to settle as a heavier material.

The new plant $18-million plant, located at Clover Bar, then takes the remaining water and recovers nitrogen and phosphorus from it, turning it into a slow-release crop nutrient. The water is then sent back to the plant. As such, Epcor benefits from reduced development of the crystal struvite that is typically coating the pipes in the water treatment plant. “We’d have to clean these pipes every year or two because the pipes would get clogged over time,” Simon Thomas, plant director, said. “It’s going to save us maintenance costs.” This also has environmental benefits – the process thus reduces the amount of phosphorus in the North Saskatchewan river.

“Nutrients in rivers can end up growing algae blooms and depleting oxygen supplies that’s needed for fishes in the rivers,” Ahren Britton, chief technology officer with Ostara commented. The crop nutrient that is produced is not water soluble, so it isn’t washed away by rain, he said. “It literally waits for a plant root to come close to the granular of fertilizer,” Mr. Britton explained and added that “the natural acids the roots secrete when the plant is hungry is what causes the pearl to dissolve and release the nutrients for the plant to grow.”