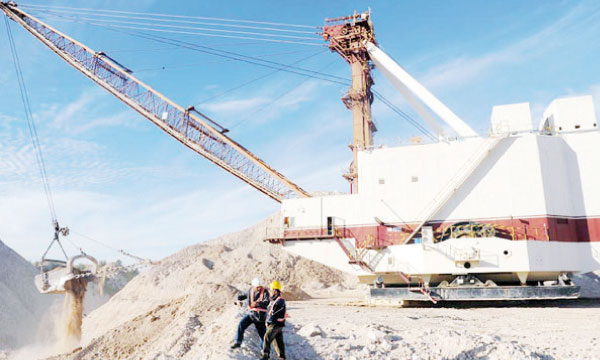 Brazilian fertilizer producer “Fertilizantes Heringer SA” is planning major investment operations to maintain its market share from larger competitor Mosaic Co. and Yara International ASA.
Heringer, which sold 10.5 pc of the company to Moroccan OCP Group for $ 65 million, is expected to reinvest the money in new fertilizer plants as Brazilian farmers import about two-thirds of their supplies.
“Brazil is the world’s fastest growing market for fertilizers”, Heringer Chief Executive Officer Dalton Carlos Heringer said.
Heringer’s earnings before interest, taxes, depreciation and amortization more than tripled in the first quarter from a year earlier, with annual sales above $1 billion. Its shares have increased 21 pc since the OCP deal was announced on June 11.
The company’s fertilizer sales in Brazil rose to a record in the first five months of 2014 as international prices fell because of rising global supply combined with a stronger Brazilian currency.
Soybean farmers, who buy about a third of the fertilizers used in Brazil, are expected to grow a record crop this year as demand from China remains strong.
Heringer, which produces, sells, and distributes fertilizers in Brazil, has said it is investing over $ 22.5 million in two new mixing plants in Rio Grande do Sul and Bahia states that will start operation in 2015.
The company offers basic fertilizers, NPK formulas, and special fertilizers to farmers, agricultural companies, retailers, distribution companies, and cooperatives under the Heringer trademark.