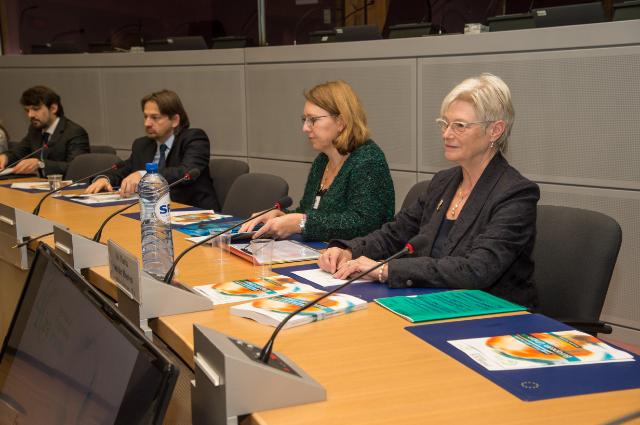 The International Energy Agency (IEA) said that the European Union had made a major progress in liberalizing energy market and its global leadership on climate and environment is to be commended. Yet, the IEA thinks that there is still room for improvement. According to the agency, most of the EU’s energy integration has been happening in Northern and Western parts of the continent but the shortage of interconnections throughout the entire block currently prevents Brussels from materializing a truly integrated and single energy framework, which should be the stepping stone for an “energy union”. IEA moreover thinks that energy prices are currently distorted by regulation and increasing green surcharges and levies.

In its report, IEA praised the EU for decreasing its carbon intensity as well as for being a leader in vehicle fuel economy standards. Thanks to the focus on 20-20-20 targets, the continent has witnessed a rapidly increasing interest in renewable energies. In October this year, the EU also committed itself to more ambitious climate and energy goals for 2030. However, a legal framework has still not been put in place to protect a low-carbon system.

The transition to such a system, however, remains challenging and electricity and transport sectors in the European economy significantly depend on fossil fuels. According to the IEA’s director, Maria van der Hoeven, “as member states adopt different energy policy choices and decarbonization pathways towards 2030, a strong ‘Energy Union’ is needed to achieve the EU 2030 goals. But let’s be clear: such a union should not represent a buyer’s cartel. Rather, it should feature an integrated energy market and effective climate and energy policies”. Ms van der Hoeven moreover thinks that in order to fully utilize energy sources on the way to an “energy union”, the EU should also be more efficient in pooling its resources within the internal energy market in order to boost competitiveness of the industry and enhance energy security.