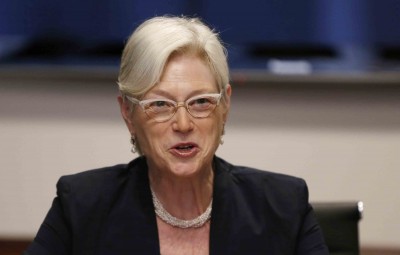 According to the Medium Term Oil Market report of the International Energy Agency (IEA), the United States will remain the world’s most important source of energy supply growth by 2020 despite the current collapse in oil prices. IEA also said that oil prices, which fell by more than 50 percent between June 2014 and January 2015, would likely stabilize at levels significantly below the highs logged in the last three years.

Oil prices plunged after the Organization for Petroleum Exporting Countries (OPEC) decided in November last year not to decrease output in order to protect its market share that is increasingly being undermined by the booming shale gas production in the United States. However, the IEA predicts that the OPEC will not be able to regain its market share which it had prior to the onset of the financial crisis in 2008 although it might win back some of its customers while oil is cheap. IEA Executive Director, Maria van der Hoeven, said that this unusual response to lower prices was “just one more example of how shale oil has changed the market” and added that “OPEC’s move to let the market rebalance itself is a reflection of that fact.”

IEA’s report forecasts that supply growth of American light and tight light oil (LTO) will be initially slow but it is likely to regain momentum later, bringing its output to 5.2 million barrels per day by 2020. Total American supply will go up by 2.2 million bpd to 14 million in 2020 mostly thanks to the expansion in LTO. “The price correction will cause the North American supply ‘party’ to mark a pause, [though] it will not bring it to an end,” said the IEA.