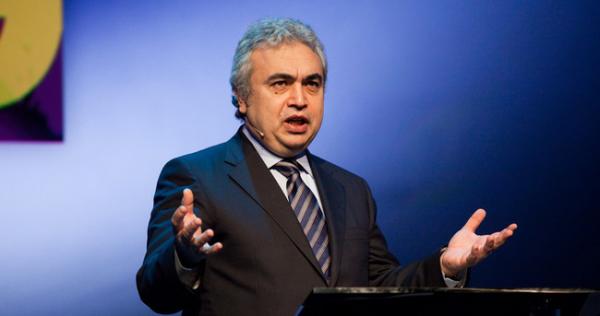 The head of the International Energy Agency (IEA), Fatih Birol, said on Sunday (1 May) that crude prices may have reached their lowest, providing that the health of the global economy does not pose a concern. On Friday (29 April) oil prices hit their 2016 highs with Brent crude reaching $48.50 a barrel amidst optimistic expectations that a global oil oversupply will ease. The situation is being worsened by the weak dollar, which has helped push crude futures up by more than $20 a barrel since prices fell to their 12-year lows below $30 between January and March.

Mr Birol was speaking on the sidelines of the meeting of the group of seven energy ministers in Kitakyushu in Japan. He said that a decline in non-OPEC output, surpassing the level of more than 700,000 barrels per day this year, coupled with outages in Kuwait and Nigeria have all driven the rally. Answering the question whether the prices had bottomed out he said that “it may well be the case, but it will depend on how the global economy looks like. In a normal economic environment, we will see the price direction is rather upwards than downwards.” Mr Birol added that he believed that the market would rebalance “by the end of this year, second half of this year but latest 2017″.

IEA’s chief also added that he hoped to see a rebound in upstream crude investment in 2017, following a 40 percent curb in investment over two years. Non-OPEC production is thought to have plunged by more than 700,000 barrels per day this year, which is the biggest decline in around two decades. “What we would like to see is, after a big decline in 2015 and 2016, there will be a rebound in investments (in 2017), and bringing (investments) to the level of $600 billion once again,” he said. Mr Birol summed up that a third year of decline would be problematic and undesirables as it could bring about crude price spikes and increase volatility.