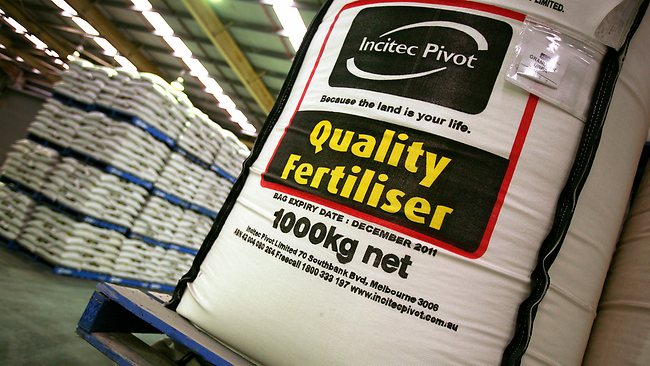 Incitec Pivot, the Australian multinational corporation that manufactures fertilizer, explosives and chemicals, estimates that its brand new $850 million U.S. ammonia plant outside New Orleans will yield more profit than firstlyprojected. Bigger profits should be driven by a few fertilizer takeovers, inexpensive gas and the weakening of Australian dollar. Ammonia is an important ingredient for the production of nitrogen fertilizers and commercial explosives.
The new plant is expected to start production in the third quarter of next year and all of its production is already committed to customers including Dyno Nobel, a global leader in commercial explosives. Cheap ammonia have found support as a number of plants for new nitrogen fertilizer capacity were scrapped after a series of deals had been made in the industry. However, according to Incitec Pivot’s CEO, “that’s actually a positive for our plant because the industry structure is more attractive”.
In August, CHS Inc, the U.S. leading cooperative, owned by farmers, ranchers and co-ops across the United States, saidit planned to construct a $3 billion nitrogen fertilizer plant in North Dakota instead of purchasing a stake in CF Industries Holdings Inc’s nitrogen fertilizer unit for $2.8 billion and getting a supply deal. According to UBS analysts, if the same valuation measures were appliedto Incitec’s Louisiana plantas in the CHS-CF agreement, it would be worth more than AU$4 billion. UBS analysts moreover suggest that the Incitec’s Louisiana project is currently not valued properly.
Incitec Pivot Ltd. is the biggest supplier of fertilizers in Australia and the largest supplier of explosives products and services in North America as well as the second largest supplier of explosives products and services in the world.