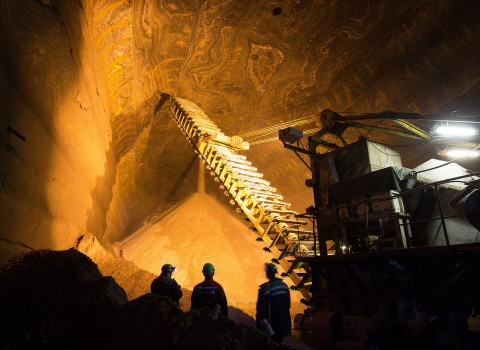 Indian potash buyers have started negotiations with potash suppliers on new import deals, aiming to settle them at much cheaper prices than last year. Customers are benefitting from abundant supply and low prices. Contracts settled by India and China predefine the deals of other Asian economies with potash suppliers, most importantly Indonesia and Malaysia. Just like China, India typically settles its contracts at the beginning of each year, ideally before the beginning of the new fiscal year on 1 April. However, both China and India have been delayed with their potash deals this year. India suspended imports in February as the country had seen a lower demand for potash due to droughts.

“We are negotiating with suppliers. Hopefully negotiations will be over this week,” a senior official with an Indian fertilizer company commented, adding that “if negotiations fail this week, then suppliers could visit New Delhi in June to settle the new contract”. Under the current deal, India was paying $332 a ton on a cost and freight basis (CFR). Indian buyers are trying to significantly lower this price as potash prices are at their lowest in 10 years due to weak currencies in potash-importing countries, such as Brazil, which in turn decreases US farmer incomes and the bloated mining capacity.

Some Indian industry leaders say that producers simply need to accept the fact that it is an oversupplied market. India’s imports of potash could go up if the suppliers reduce prices as the monsoon is predicted to deliver surplus rainfall. The monsoon period lasts between June and September, delivering about 70 percent of the country’s annual precipitation that sustains about half of its farmlands. India imported approximately 3 million tons of potash in the 2015-16 fiscal year that ended on 31 March.