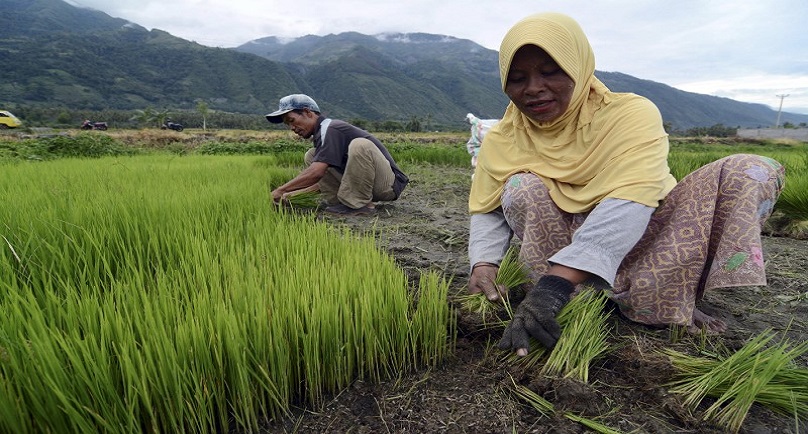 A yet-to-be-published report of the Indonesian government has recently revealed that almost 30 percent of subsidized fertilizers worth millions of dollars that were originally meant for small farmers are being sold to big plantations. A lack of affordable fertilizers can have devastating effects on the harvest of small farmers especially now when El Nino could potentially threaten it and hurt food supplies. The revelation about the fertilizer sham only adds up more pressure on the country’s President, Joko Widodo, due to rampant corruption in the farm sector.

Investigators found that subsidized fertilizer was being sold at a price as high as 2,500 rupiah ($0.1854) per kg in 2015, which is about 40 percent above the subsidized price but below the non-subsidized 4,200 rupiah that big plantations must pay. An investigator said based on data from five key rice-growing districts on three different islands that “the kiosks are selling fertilizer to plantations and not to the small farmers”. Moreover, the insufficient supervision of the subsidy system has also made it possible for Indonesia’s 44,000 state-approved farm retailers to collude amongst themselves to market subsidized fertilizer more expensively.

Head of the information and data centre at the agriculture ministry commented that no discrepancy in the field is tolerated, so “it probably happened case by case but we encourage local governments to strengthen supervision.” Last year, 40 cases were reported and processed but the ministry officials confirmed that this year they did not hear about any problems in distribution. Some farmers, however, complain that in reality the situation has not changed much, stressing that they only get about 50 percent of what is meant for them. Farmer Setyarman from Central Java, for example, says that “distributors and retailers hold on to their stock and when there is a scarcity they sell it at higher prices that most small farmers can’t afford.”