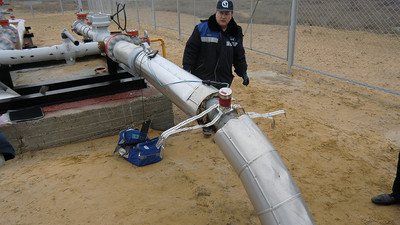 The development of a common strategy for the European Energy Union had long been neglected by EU institutions. This trend was reaffirmed by the Lisbon Treaty, which gave national governments the final say in compiling the energy mix, which rendered the energy strategy impossible to coordinate at the EU level. However, this situation changed following the annexation of Crimea, the destabilization of eastern Ukraine and the restoration of revisionist efforts in the post-Soviet area by Russian President Vladimir Putin. Without these fatal events in Ukraine, the EU national governments would still be unwilling to listen to the calls for closer energy integration. Although the prerequisites for the creation of the Energy Union had already been in place earlier, the Russian adventure in eastern Ukraine was the final impetus for the modification of the EU energy policy.

What are the main objectives of the Energy Union? First and foremost, it is the interconnection of energy networks between EU states. The emphasis is subsequently put on the increasing share of renewable resources and the associated emission reductions. Ultimately, these measures should lead to increased energy security of the EU states and a greater diversification of the energy mix. These proposals for the Energy Union were formulated by the current European Council President, Donald Tusk. The Polish ex-Prime Minister came up with a plan, under which the priority is given to the solidary system of energy interconnections in case of an energy or economic crisis. It is no coincidence that this concept was put forward by a leading Polish politician. In its essence, it is derived from a long-term vision of a better energy security in Eastern Europe. If we look at the route of the Nord Stream pipeline, which runs from Russia to Germany, bypassing Poland, then it is clear why coordination at the European level is important.

The ideal model of the European Energy Union is based on the creation of a single European electricity grid and gas network. In this structure, several important European source locations would be used, which would allow for an efficient transfer of excess energy. In this model, France could effectively use nuclear energy, Poland its coal deposits, Germany energy from wind power, Scandinavia its hydroelectric power plants and Spain its solar energy. Natural gas would then be imported to the EU from Russia, Norway, Algeria, Libya and Azerbaijan. A crucial step is to convince EU Member States of the benefits that the Energy Union offers for enhancing Europe’s energy security. It is necessary to demonstrate that Germany would then fulfill its national energy goals aimed at reducing emissions, Poland would gain greater energy independence from Russia thanks to this system and Spain would effectively transport its excess solar energy to southern France. Yet, the question ultimately remains whether this system is beneficial for all EU Member States.

(The study can be downloaded here:  http://www.cer.org.uk/publications/archive/policy-brief/2015/eu-energy-union-more-sum-its-parts)