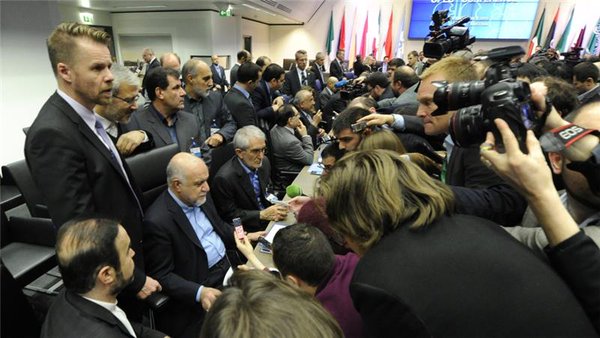 Iran has recently considered sitting down at the negotiation table with oil giants over the global oil surplus which some observers interpret as an indication that Tehran wants to increase oil prices as soon as possible in order to recover its economy from year-long sanctions over its nuclear program. Iran yesterday (14 February) loaded 4 million barrels of crude oil on tankers heading for Europe, with oil having been purchased by Russian, French and Spanish energy companies. “Iran must preserve its share of the global oil market,” Iran’s Vice President Eshaq Jahangiri commented but oil minister Bijan Zangeneh added that his country was ready for dialogue with Saudi Arabia and other OPEC members.

Since the lifting of the sanctions, which followed the nuclear deal with world powers, Iran has been ready to add extra 500,000 barrels to its estimated 2.9 million barrels a day (bpd) production. Despite rising production levels, the Iranian economy has been badly hurt by the low oil price, analysts say. Patrick Clawson, Director of Research at the Washington Institute for Near East Policy, explained that “unlike the Saudis, the Iranians do not have ample reserves with which to ride out a prolonged period of low prices”. Saudi Arabia is the cartel’s biggest producer and had foreign reserves of more than $600 billion at the end of last year.

The international oil market has been underperforming since mid-2014, having lost more than two thirds of its value. OPEC countries, which have repeatedly refused to cut their production, have been flooding the oil market with 30 million bpd of output ceiling. In the meantime, oil prices fell to $28 a barrel, which is the lowest price in 13 years. However, OPEC leadership suggested last week that it was ready to discuss and cooperate on an output cut. In response to this announcement made by the Energy Minister of the United Arab Emirates, oil prices rose by more than 5 percent.