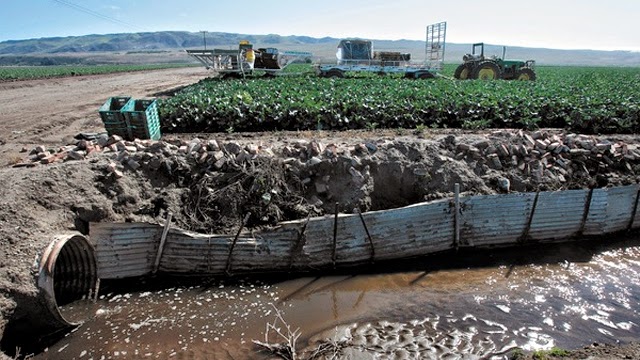 Des Moines, the capital and the most populous city in the U.S. state of Iowa, is suing three neighbouring counties for high nitrate levels in the Des Moines and Raccon rivers. Des Moines Water Works (DMWW), an independently operated public utility providing drinking water to approximately 500,000 people in the Greater Des Moines area, is readying to confront the farms surrounding it over pollution in these two rivers. The attempt to control fertilizer runoff from farms is a novelty as this area was previously mostly unregulated. DMWW says that high levels of nitrate can be difficult to remove from the water, which is harmful particularly for infants under the age of 6 months. In 2013, it cost DMWW almost a million dollars to filter nitrate out. Bill Stowe, general manager of DMWW, said that “they were seeing the public water supply directly risked by high nitrate.”

Nitrates are mainly produced for use as fertilizers in agriculture as they are easily soluble and biodegradable. The main nitrates are ammonium, sodium, potassium, and calcium salts and several million kilograms are produced annually for this purpose. Farmers typically spread nitrogen fertilizer on their corn fields, which subsequently turns into nitrate and then gets into the networks of underground tile pipes draining the soil. However, the drainage systems are sometimes managed by county authorities that do not always take responsibility for the pollution that is transmitted through the pipes. Thus, DMWW is now trying to proceed on the theory that these local authorities can be accountable for such pollution. “When they build these artificial drainage districts that take water, polluted water, quickly into the Raccoon River, they have a responsibility to us and others as downstream users,” Mr Stowe commented.