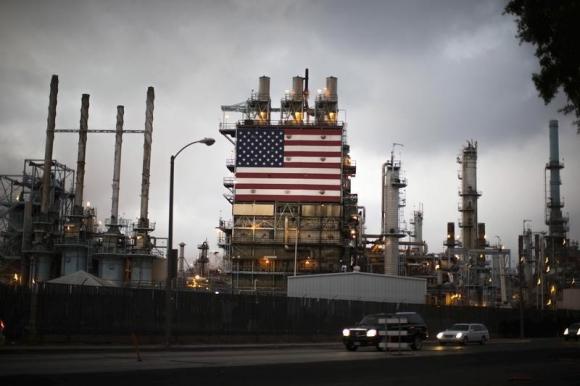 U.S. oil production is expected to start slowing down by the end of this year if the global prices remain weak since new drilling is not sufficient to replace plummeting output from wells completed in 2013 and 2014. Future output is dependent upon the rate of decline from existing wells (so-called decline curve), the average age of old oil wells as well as the number and the productivity of new wells drilled. Decline curves for typical wells are available on the internet including the basic data on their approximate age.

As there still are a sufficient number of wells ready for fracturing crews and completion after the record drilling, American oil production is expected to continue going up in the short run. The U.S. Department of Mineral Resources informed that in North Dakota, for instance, there were about 650 wells waiting for completion services at the end of October last year because drillers had outpaced completion crews. When these wells are completed, there will be a major increase in reported production because newly completed wells yield very high rates of output especially in their first months. However, when the backlog is cleared, output will plateau and subsequently fall.

As a result, daily production from a typical Bakken well, for example, goes down by approximately 65 percent by the end of the first year after the well starts to flow, and then 35 percent by the end of the second year, 15 percent by the third, and another 10 percent per year thereafter. In the Bakken shale, there are currently about 8,600 wells, of which about 25 percent were completed last year. Another 25 percent of Bakken wells are younger than a year, so their output is expected to decrease by up to 75 percent in the year ahead. All in all, more than 50 percent of Bakken wells are less than three years old and account for the majority of the oil production. Yet, wells under three years are quickly declining and firms would need to drill more than 2,000 wells this year to replace them.