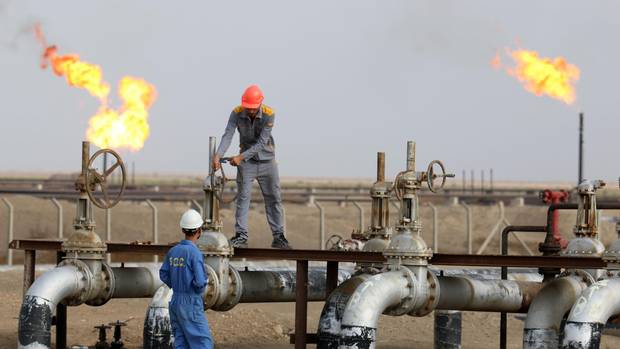 Iraq has finalized deals with BP, Shell and Lukoil to provide a new impetus to stalled investments in oil fields that the companies are developing. This restart should allow projects that were put on hold to resume, leading to higher crude production next year. The agreements were completed in July and August and they effectively put off to the second half of the year the projects that were supposed to be finished in the first part.

Thanks to this boost, Iraq’s crude output should go up by 250,000-300,000 barrels per day in 2017. The country is now producing about 4.6 million bpd, most of it coming from its southern parts. Iraq, being OPEC’s second largest producer after Saudi Arabia, has a major impact on the oil markets and an increase in its production could further aggravate the world’s oil glut and complicate talks between OPEN and non-OPEC members on output freezes to prop up prices. Neither of the involved companies has commented. However, BP, Shell and Lukoil are poised to spend in the second half of 2016 roughly half the budgets they proposed for 2015.

BP, for example, agreed to spend $1.8 billion this year at the Rumaila field it operates. It had initially planned to allocate $3.5 billion in 2015, which it later cut down to $2.5 billion. Shell intended to spend $742 million after proposing $1.5 billion in 2015 while Lukoil would spend $1.08 billion, compared to $2.1 billion it had proposed last year. According to Basim Abdul Kareem, the Deputy Chairman of South Oil Co that oversees oil operations in the region, “many vital projects that foreign firms were forced to halt due to lower oil prices will be brought online after the recent budget cuts agreements”. He added though that the companies “now should have the needed budgets to implement these projects”.