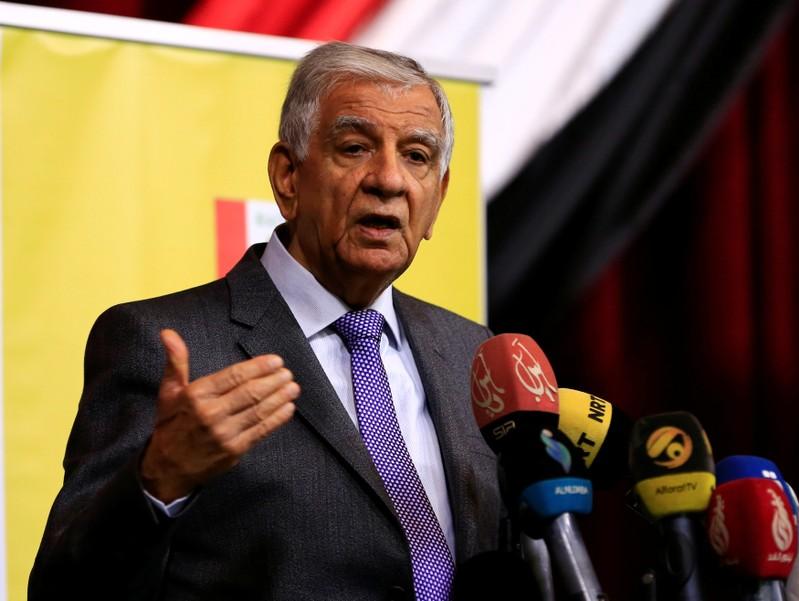 Iraqi Oil Minister Jabar al-Luaibi said over the weekend that a deal signed with Iran to swap as much as 60,000 barrels per day of oil produced from the northern Iraqi Kirkuk oilfield for Iranian oil is for one year and can be renewed. The contract signed last week by Bagdad and Tehran will provide for Iran to deliver “oil of the same characteristics and in the same quantities” originating from Kirkuk to Iraq’s southern parts. “This is an agreement for one year and then we will see after that whether to renew it,” Mr. Luaibi said during an Arab oil ministerial meeting.

The agreement will enable Iraq to resume sales of Kirkuk crude, which have been stopped since Iraq tool back control of the fields from the Kurds. Between 30,000 and 60,000 bpd of Kirkuk oil will be shipped to the border area of Kermanshah where Iran has a refinery. Mr. Luaibi also added that the construction of an oil pipeline from Kirkuk to the Turkish port of Ceyhan would last for one year. The pipeline will start in the city of Baiji and run to the Fish-Khabour border with Turkey, replacing an old and very damaged part of the Kirkuk-Ceyhan pipeline.

The area around the Kirkuk-Ceyhan pipeline was taken by the Islamic State in 2014 and then recaptured by US-backed Iraqi forces over the past two years. Mr. Luaibi said that he was planning to visit Kirkuk oilfield this week with a senior BP executive to “activate” a deal that will help Iraq put an end to a major decline in production from Kirkuk and boost output to higher levels.“We have a memorandum of understanding with BP to evaluate Kirkuk oilfield to raise output and enhance it reservoirs,” he said. Bagdad would like to see an increase in production by more than 700,000 barrels per day.