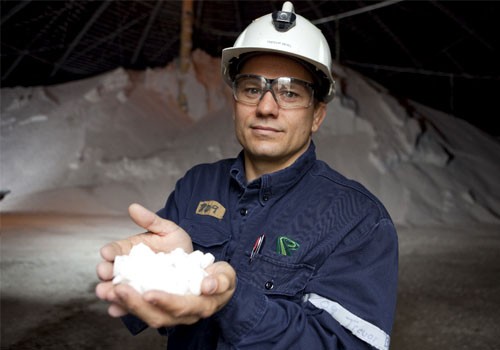 Rick Suchy, President of the “Unifor Local 922” Labor Union, which represents workers at Potash Corp. of Saskatchewan’s Lanigan mine, has expressed his concerns about the long-term future prospects for potash workers in the Canadian province, although he admitted to be happy that the looming suspension of production will not result in layoffs. “We don’t have a crystal ball any more than anybody else, but it doesn’t look promising going into the next year either,” he said while also noting that he did not expect any improvements in 2017. “We’re concerned, but we’re content that we’re still working.”

Unifor Local 922 represents about 340 permanent and temporary employees at the Lanigan mine, whose production will be curtailed as of 20 March along with the mine in Allan. PotashCorp said the temporary freezing of production is consistent with its practice of matching supply to demand. The company said it was planning to trim 400,000 tons from its 2016 production total. PotashCorp confirmed that no workers would be laid off. Mr Suchy admitted that the Union had anticipated the move, saying that the choice of Allan and Lanigan mines was understandable as both operations’ product bins are full and “nothing’s moving.” He added that the company’s output has likely exceeded the market’s capacity for new supply.

PotashCorp’s CEO, Jochen Tilk, admitted that the company was forced to make some “incredibly difficult” decisions in recent months due to the challenging conditions in the global fertilizer demand, which have dragged prices down from about $900 per ton in 2008 to less than $300. On top of suspending production at Allan and Lanigan, the company also announced that it would close its Penobsquis, the New Brunswick-based mine, and in January, PotashCorp “indefinitely” interrupted operations at its new Picadilly mine, also located in New Brunswick. The company has also cut its dividend for the first time since it went public in 1989.